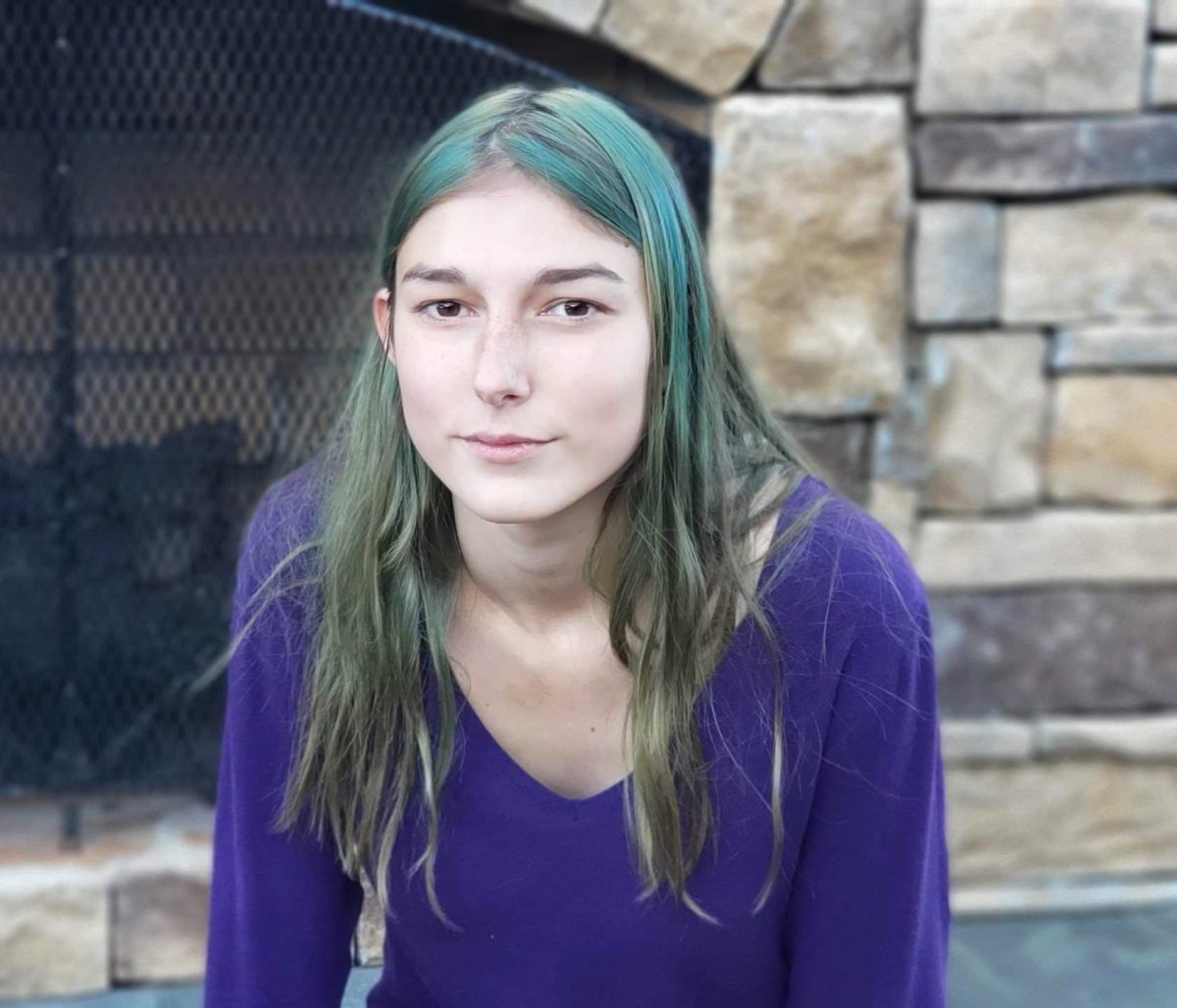 An Alexander County teen will soon be acting in a movie based on the successful DC Comics character Harley Quinn, the Joker’s girlfriend in the Batman comic world.

Lillin Rector, 18, is a senior at Alexander Central High School. She is the daughter of Rick and Melissa Rector of the Liledoun Community.

For years now, Lillin has been attending comic conventions (ComicCons) with her dad.

“It seemed like every little girl dressed as Harley Quinn,” Lillin said of the popular character.

At the ComicCon in Charlotte in December 2018, writer, director, and producer Ronald Rossman chanced to meet Rick and Lillin. Rossman asked Lillin to be in his upcoming indpendent Harley Quinn film, “The Devil’s Daughter.”

The feature-length movie is set to begin filming in the middle of this year. Rick said that while he couldn’t tell specifics about the film, it involves a storyline with Harley Quinn as a teen and as an adult, and it will be a gritty film with a horror twist.

What’s more, part of the filming will take place in Taylorsville. And it won’t be Rossman’s first time filming here. The old Alexander County Hospital was used for a scene in Rossman’s “Dusk” series.

Lillin will play the young teenage Harley Quinn. The adult Harley Quinn (Harleen Quinzel) will be played by actress Faneal Godbold of TV show “Nashville” fame. Others starring in the film will be: Caleb Miracle as Bruce Wayne/Batman, Cory Willis as the Joker, Rob Kellum “Papa Stro Maestro” as Dr. Jeremiah Arkham, Heather Six as Selina Kyle/Catwoman, Crystal Cleveland as Pamela Isley, and Ashley McHam as Police Commissioner Barbara Gordon, among others.

Lillin might be a bit nervous, but she’s also excited about the role. “Most girls are scared about haunted houses and horror stuff, but I’ve been involved with haunted houses, behind the scenes, since I was little. I love it,” she said.

During a recent meet-up with fellow cast members at the Charlotte ComicCon, Rick said the cast took Lillin in and made her feel welcome.

“We’re very happy to have Lillin as part of the cast,” Rossman stated.

Live table reads of the script are planned for this month.

Rossman has a Facebook page for “The Devil’s Daughter” located at www.facebook.com/realdevilsdaughter, which has periodic announcements, including cast bios and other information. The Facebook page has already had over 40,000 views. 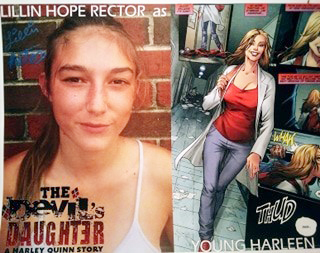 Growing up in this area, Lillin loves being outside.

“She’s like Ellie Mae Clampett with animals,” her father said.

“My hobbies are anything outdoors, hunting, fishing,” she said. “I got a hunting knife for Christmas and I was thrilled.”

Also a musical youth, Lillin plays the clarinet and until recently played in her school’s Marching and Symphonic bands, but is sidelined while she recovers from a concussion.

She has an older sister, Elizabeth, 19, and younger sister, Destiny, 13. They are the granddaughters of Randall and Fannie Rector and Randy and Norma Ervin.

Similar to Harley Quinn, Lillin says what she wants, when she wants. But unlike the film character, Lillin has more of a filter and a bit of a shy side, too, while Harley Quinn is largely raw and unfiltered.

After high school, Lillin plans to attend a four-year college and become a wildlife officer.

Also, Lillin would like to become a professional wrestler. She has trained with Ricky Morton, a.k.a. “Rock & Roll Express.” Her favorite pro wrestlers are The Undertaker, Jake the Snake, Ultimate Warrior, and Chyna. (Rick was in the ring, himself, too.) 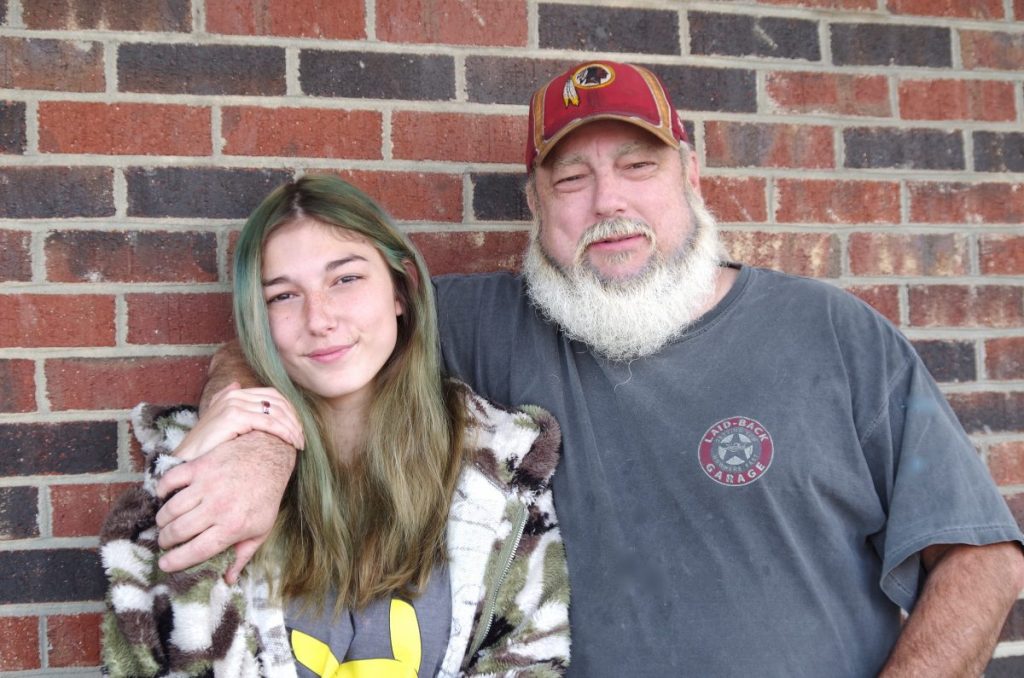