A man from the Ellendale Community has passed away this week after being severely injured in a traffic collision on January 7.

According to the collision report of Trooper T.C. Hayes of the N.C. State Highway Patrol, the wreck occurred on Tuesday, Jan. 7, 2020, at the intersection of US 64 and NC 127 in Ellendale.

A 1996 Nissan pickup, driven by Graydon Eugene Sipe, age 79 of Taylorsville, was on NC 127 northbound and attempted to turn left onto US 64 West. His truck traveled into the path of a 2005 Chevrolet pickup driven by Kimberly Marie Johnson, of Taylorsville, who was driving east on US 64. The Johnson vehicle hit the Sipe truck in the driver’s side. 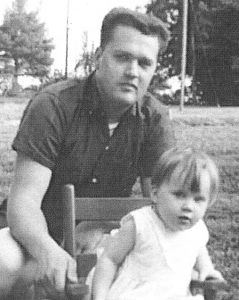 The report stated that Sipe was entrapped in the Nissan and was seriously injured. After emergency responders extricated Sipe from the vehicle, he was airlifted by Baptist Air Care helicopter to Wake Forest University Baptist Medical Center.

Johnson, along with passenger Karla Gaye Koehler, of Lenoir, and a child passenger of Taylorsville, were taken to Catawba Valley Medical Center for minor injuries.

According to obituary information, Sipe died on Tuesday, January 14, at Wake Forest Medical Center. Mr. Sipe was a veteran of the US Army. His obituary may be read here.