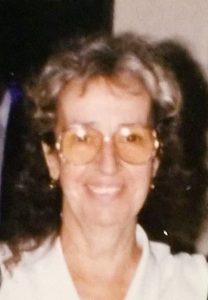 Marie Albeliy Fritts, 79, of Taylorsville, passed away at Carolina Caring in Newton on January 25, 2020.

She was born to the late Brownlow and Rosie Duty Miller of Washington County, Virginia. Marie served her family as a homemaker and was a member of the Sound Doctrine Baptist Church in Taylorsville.

Those left to cherish the memories of Marie include a daughter, Margaret Fritts of the home; two sons, Ivan Earl Fritts, Jr. of Bristol Tennessee, and Jacob Edward Fritts of Bluff City, Tennessee; seven grandchildren; five great-grandchildren; a sister-in-law, Lola Miller of Bristol, Tennessee; and a special granddaughter, Pataience Fritts. Marie also left behind a special friend, Raymond Fritts of Winston-Salem, and a number of nieces and nephews.

Services have not been finalized at this time but will be announced by Alexander Funeral Service when completed.