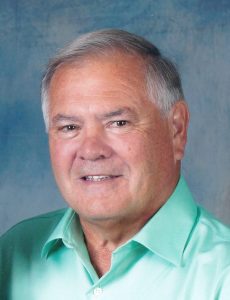 Jackie Eugene Queen, 69, of Conover, passed away at his home, surrounded by his loving family, on January 28, 2020.

Born to the late Atwell and Lillian Earp Queen of Taylorsville, Jackie was a member of East Taylorsville Baptist Church. He enjoyed playing golf, spending time with his grandkids, and loved anything pertaining to the “Tarheels.” Jackie played football at Taylorsville High School, and was a big fan of the New York Yankees, his hero was Mickey Mantle.

Visitation for Jackie will be held at Alexander Funeral Service on Friday, January 31, 2020 from 5:00 p.m. until 6:45 p.m. with the funeral service following at 7:00 p.m. Rev. Mike Isaacs and Rev. Gary Jennings will be officiating.

The family has requested that, in lieu of flowers, donations be made to the American Cancer Society at PO Box 22478, Oklahoma City, OK 73123.