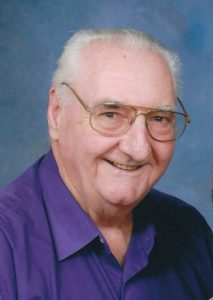 Jerry “Vashti” Lee Childers, 78, of Taylorsville, passed away at his residence on January 28, 2020 surrounded by his loved ones.

Born to the late Hub and Pauline Goble Childers of Alexander County, Jerry worked as an upholster in the furniture industry. He was a member of White Plains Baptist Church, enjoyed woodworking, and coaching youth baseball, football, softball, and basketball. Jerry also loved playing a bass guitar and singing.

In addition to his parents, Jerry was preceded in death by a brother-in-law, Dennis Mennis.

Those left to cherish the memories of Jerry include his wife of 51 years, Bonnie Jean Bowman Childers of the home; a son, Jeff Childers (Mary); a daughter, Shelia StClair (Anthony); three sisters, Wanda Childers, Arlene Russell (Donald), and Martha Hammer (Harold); and four grandchildren, Sarah, Hannah and Michael Childers, and Shay StClair, all of Taylorsville. Also surviving Jerry are an uncle, Elbert Goble (Jane); an aunt, Sarah McCurdy; and numerous nieces and nephews.

The family has requested that, in lieu of flowers, donations be given to Hospice & Home Care of Alexander County, Inc. @ 50 Lucy Echerd Ln, Taylorsville, NC 28681.