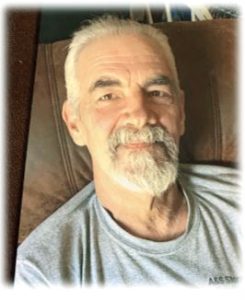 Born March 18, 1958, in Alexander County, to Joseph Burton and Ruth Keever Reid, he was self-employed in mechanics and construction. David was known to be a jack-of-all trades.

In addition to his parents, he is survived by a son, Mathew Reid, and a grandson, Maverick Reid of Hickory. Three sisters will fondly remember him, Deborah Roberts (Barry) of Hickory, Martha Blakely (Tim) of Troy, and Rebecca Martin and fiancé Todd Roberts of Taylorsville. He has several nieces and nephews and several cousins.

Visitation is being held on Sunday, February 16, 2020, from 6-8:00 p.m., at Alexander Funeral Service, with graveside services on Monday, February 17, 2020, at 11:00 a.m., in Oxford Memorial Baptist Church Cemetery, in Taylorsville. Rev. Neal Walker will officiate.