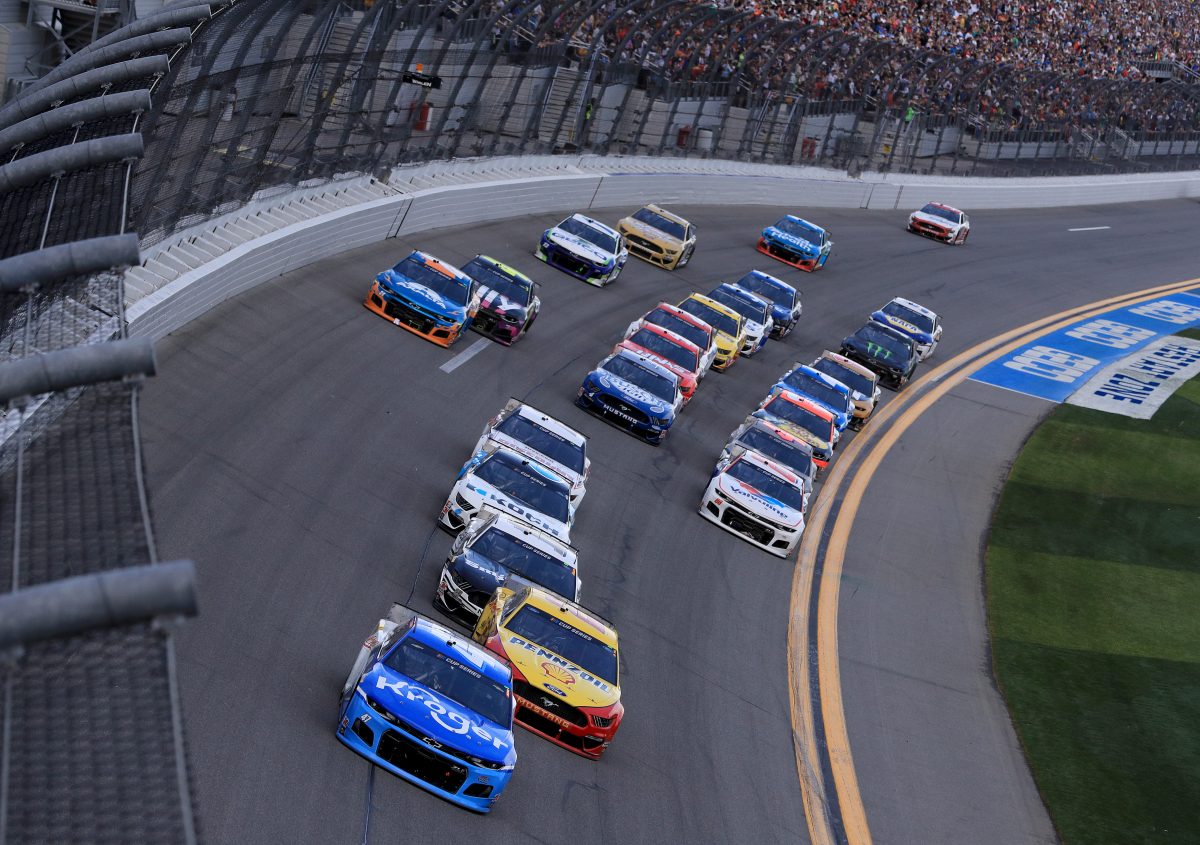 President Donald J. Trump and First Lady Melania Trump were the centerpiece of pre-race festivities. After addressing the crowd, President Trump gave the command to start engines and paced the field for a lap before returning to the Daytona 500 Club.

Jimmie Johnson, starting his final full-time season in the NASCAR Cup Series, then drove a lap of honor at the front of the field, but moments before the field was able to take the green flag precipitation started to fall and the start of the race was waved off.

After track drying efforts, during which the President departed on Air Force One, the race started at 4:20 p.m., roughly an hour after its scheduled green flag. Pole winner Ricky Stenhouse Jr. led the first 20 laps as the field settled in to single-file racing before rain halted the race for the second time bringing out the first red flag.

Joey Logano, the 2015 Daytona 500 winner, was running second when the second downpour arrived, followed by a third that frustrated track-drying efforts and forced the postponement of the event till tomorrow. Aric Almirola, Ryan Newman and Kevin Harvick completed the top five at the 20-lap mark, leaving four Fords behind the Chevrolet of Stenhouse.