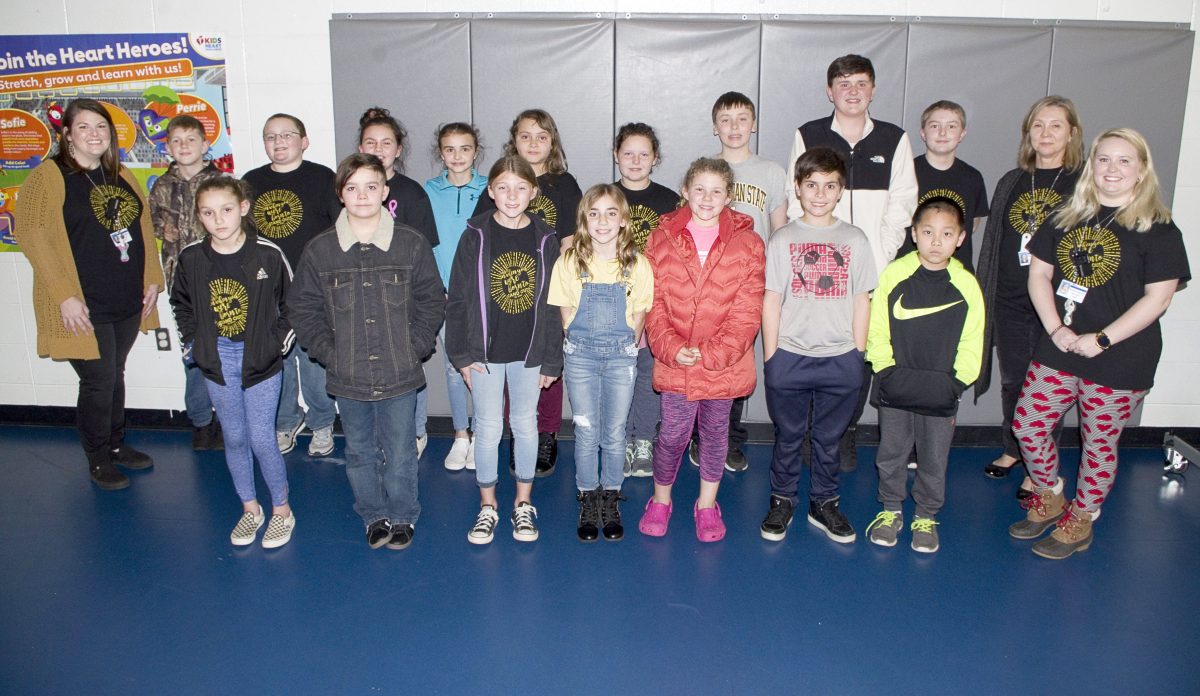 These students reflect the pillars of the Beta Club in their pursuit of academic excellence, service, and leadership.

Meeting every Wednesday without fail, students quickly identified ways in which they might serve their community and have worked with great enthusiasm to do so. Club members organized a can tab drive to profit the region’s Ronald McDonald House and helped deliver Christmas cheer at Valley Rehabilitation and Senior Center.

Club members took a leadership role in contacting the local animal shelter to identify needs in anticipation of a drive and students are currently preparing for Pennies for Patients to benefit the Lymphoma and Leukemia Society.

This alone would have been sufficient evidence that these kids were true Beta material, Mr. Draper stated, but the Junior Beta expressed a desire to develop themselves further by exploring and developing new skills to compete at the Junior Beta State Conference, held at the Koury Convention Center in Greensboro, NC, on February 4-5. Local sponsors were found to help fund the cost of materials, registration, and transportation to the event.

The Junior Beta team worked feverishly on developing new skills as they learned to construct a robot, create an entry for apparel design, produce a piece of art from recycled items, devise a plan to build a bridge, fabricate and code an augmented reality presentation, and make the set and costumes for living literature. And, in their spare time, they dug a little deeper into science, social studies, math, and language arts to prepare for academic competitions.

To say that HES Beta members had a huge task ahead of them as they rolled into the conference would be an understatement. The convention was a whirl of activity as 4,826 club members from 118 clubs from across the state converged to compete at the Koury Convention Center.

At the end of the conference, HES was Grand Champion in Recyclable Art, Runner-Up in Mathematics, 3rd in Science, and 5th in Technology qualifying both individuals and the entire team for Nationals!

These same students have already begun to plot and plan for next year. One student plans on being next year’s state elementary president. Others are already planning on changes to their robot while some are waiting to see the next reading list for Book Battle and thinking on a new plan for Living Literature. And the rest of the school? Students are working hard to see that they have the grades and behavior to earn a place in the Beta Club, Principal Draper noted.