Wittenburg resident Steven Montgomery has been selected to play in the 2020 East/West All Star Football Game planned for Wednesday, July 22, in Greensboro.
The game is played each year in conjunction with the North Carolina High School Coaches Clinic in Greensboro. The football game has featured hundreds of future NCAA Division I stars, and many of the young men  who have suited up have gone on to successful careers in the NFL.
This year’s game will begin at 8 pm and will be played at Robert B. Jamieson Stadium.
This past season, Montgomery earned All-NWC Honors and set the single season rushing record at ACHS with 1,950 yards on the year. In his final prep contest, a playoff loss at Parkland, Montgomery ran the ball 25 times for a career-high 303 yards and four TDs.  In his career, he surpassed 3,000 career yards and moved into fourth place on the all-time list behind Bryson Godfrey, Chris Scott, and Devon Weiss.
Montgomery is the 13th ACHS football player to be named to the East/West All Star Game in the history of the school. 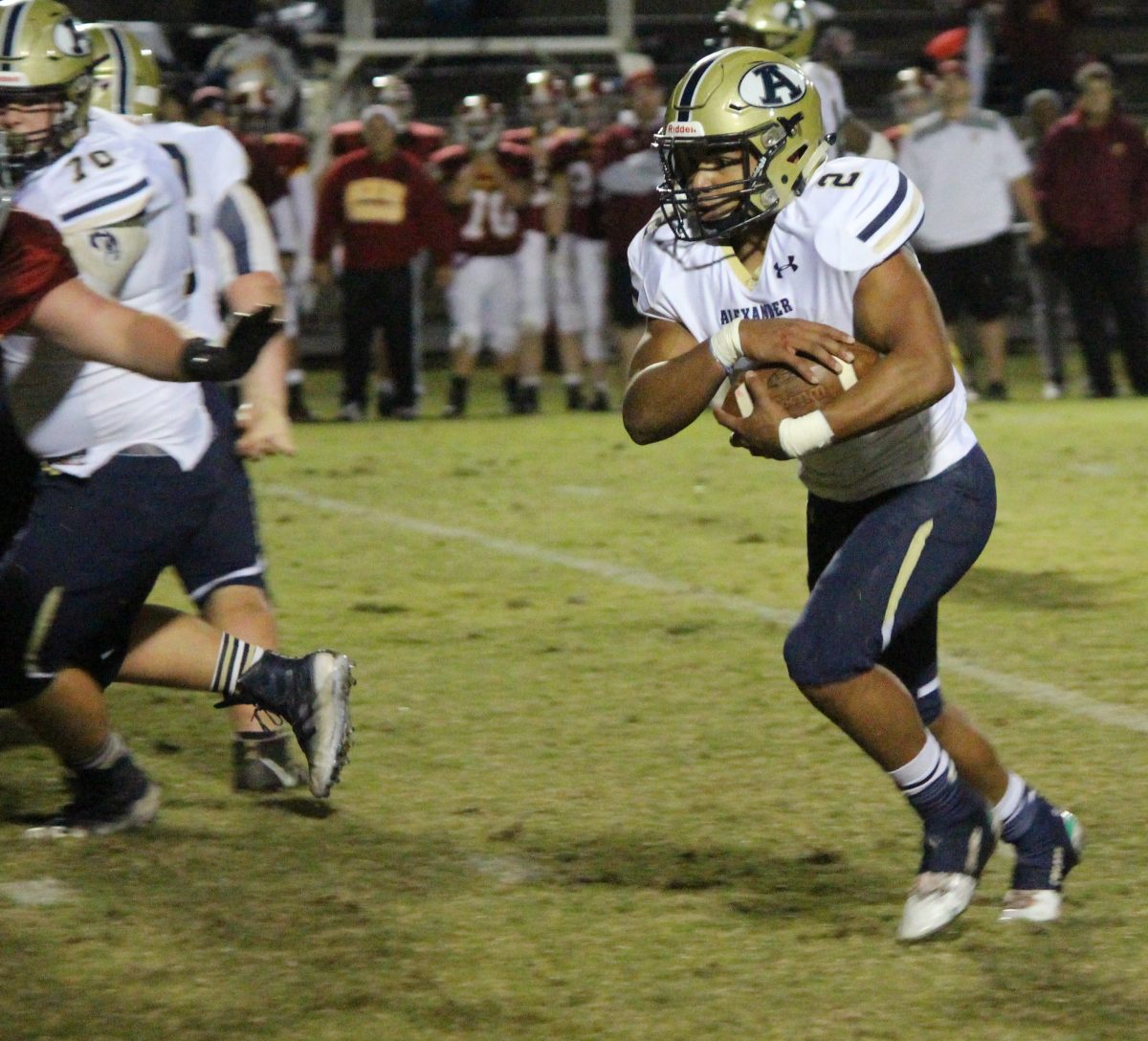 He joins former Cougars Larry Robinson, Robert Feimster, Fred Walters, Dennis Walker, Jeremy Honeycutt, Blake Baker, Stephen Burns, Dustin Anderson, Matthew Quigley, Tanner Starnes, Gunnar Anderson, and Isaac Chapman as  East/West All Stars. Chapman, who was selected for the team last year, elected not to participate in the game due to college obligations.  Two ACHS Coaches, the late Glenn Wilson and Tom Harper, have served as staff members for the game.
The East-West All-Star Games have lived up to their billing of seeing tomorrow’s stars today, as many former all-star players wear NCAA National Championship rings, Super Bowl rings, NBA Championship rings, or have participated in soccer’s World Cup.
The first East-West All-Star Football Game was played in 1949. Coach Bob Jamieson, the Director of the NCCA, received the keys to the stadium from the contractor at 4:00 pm the day of the game. Coach Jamieson then went onto the field at his school and coached the West team against the East’s Leon Brogden, Wilmington’s legendary coach.
The football game has featured hundreds of future NCAA Division I stars and many of the young men who have suited up have gone on to successful careers in the NFL. Over 3400 North Carolina boys have had the chance to wear the royal of the East or the scarlet of the West in this wonderful rivalry.
Steven resides in the Wittenburg Community and is the son of Melissa Summers and Steven Montgomery. In addition to football, he is a member of the ACHS Varsity Winter Cheerleading Squad and is an All-Conference sprinter for the Cougar Track Team. His college plans are still undecided.
“We are so proud of Steven and all he has accomplished here at Alexander Central High School. He has left a lasting mark on our football program and we look forward to what he will do in this summer’s East/West game and later at collegiate level. He is a true leader and an outstanding player, but more than that, he is a fine young man. I am so happy and proud for Steven and his family. I know he will represent Alexander Central High School and our community with class and integrity when he travels to Greensboro for the All-Star game this July. I can’t wait to watch him play again,” Alexander Central Head Coach Butch Carter said Monday.
Montgomery is the third Cougar selected for the game in Carter’s four-year tenure at the school.