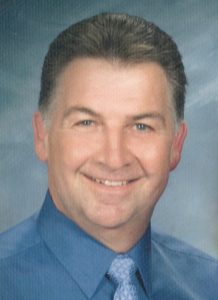 He was born May 7, 1949, in Caldwell County, son of the late Robert Lee and Margret Bell Johnson Holsclaw. Chuck was a life-long, faithful member of Oxford Memorial Baptist Church in Taylorsville, where he was a former choir director and bass guitar musician.

He loved his grandchildren, loved vintage cars and western movies, was a fan of NASCAR, and a salesman for Pet and Coble Dairies for 40 years. Chuck was a veteran of the U.S. army.

He was preceded in death by a brother-in-law, Stanley Reid.

Those left to cherish his memory include his wife of 49 years, Judy Freeman Holsclaw; a daughter, Stacie Irwin (Daniel) of Weaverville; two grandchildren, Lily and Grant Irwin; two sisters, Linda Reid of Taylorsville, and Dolly Pennell (Dale) of Taylorsville; a brother-in-law, Johnnie Freeman (Doris) of Granite Falls; two sisters-in-law, Linda Barrier (Tom) and Carolyn Brown (Steve), all of Granite Falls; as well as a number of nieces and nephews.

The family will receive friends on Saturday, February 29, 2020, from 2:00 p.m. until 4:00 p.m., at Oxford Memorial Baptist Church in Taylorsville. The funeral service will be held Sunday, March 1, 2020, at 3:00 p.m., at Oxford Memorial Baptist Church with Rev. Neal Walker officiating. The body will lie-in-state 30 minutes prior to the service. Burial will follow in the church cemetery with military rites conducted by the Alexander County Honor Guard.