On Thursday, Feb. 27, 2020, Chris Bowman, Alexander County Sheriff, was presented the Order of the Long Leaf Pine, by former Alexander County Sheriff and former State Representative Ray Warren, on behalf of Gov. Roy Cooper. This is the highest award for state service granted by the Office of the Governor. The presentation was made in the Jennings Family Life Center at East Taylorsville Baptist Church.
Bowman began his law enforcement career with the Alexander County Sheriff’s Office in 1979 under late Sheriff Tom Bebber. His widow, Hilda, was in attendance Thursday, as well as former Sheriff Hayden Bentley. 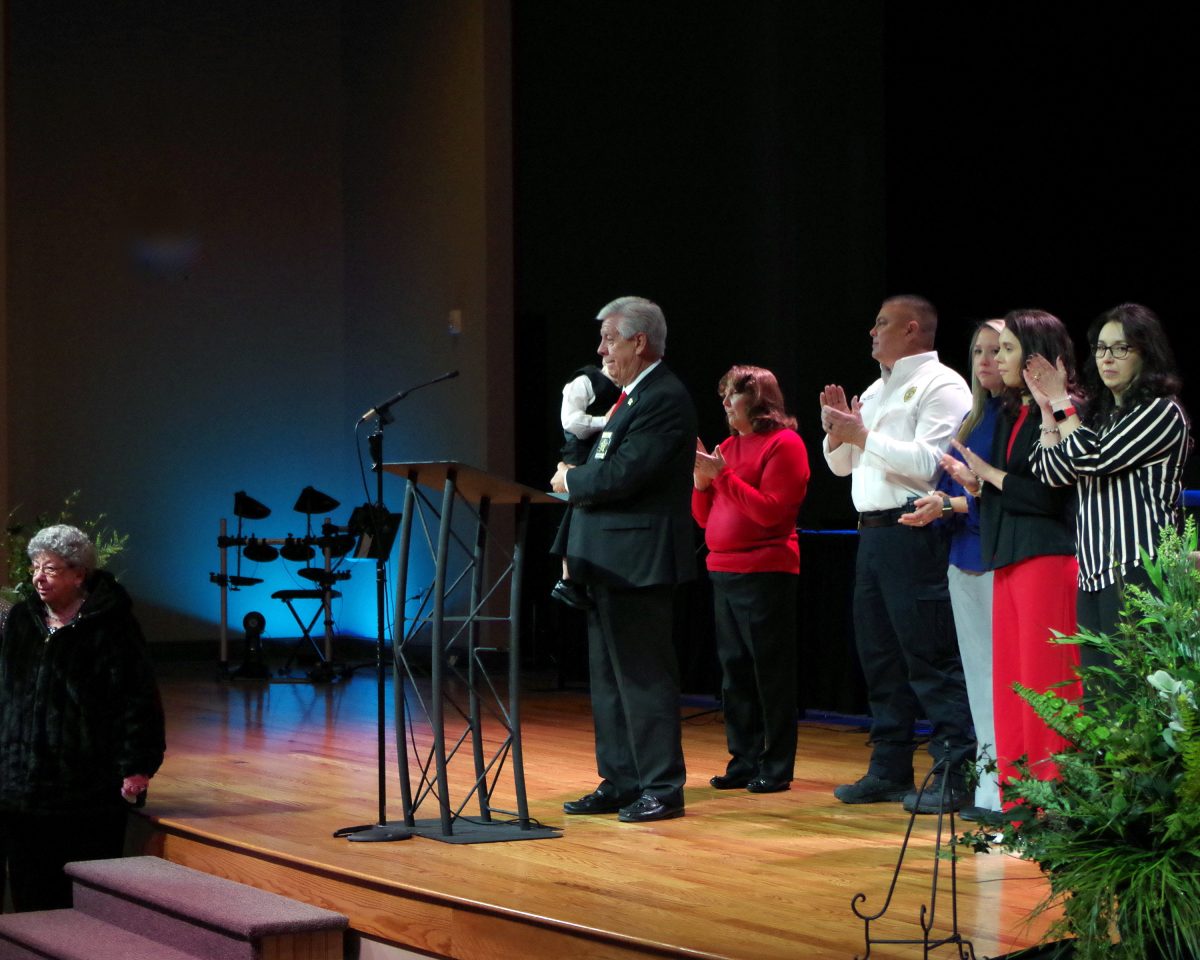 Sheriff Bowman is joined by his mother, Elaine (lower left front) and on stage: his wife, Elizabeth, their son, Douglas, and his wife, Amanda, granddaughter, Kasi Palmer, and daughter, Amy Bowman Palmer.