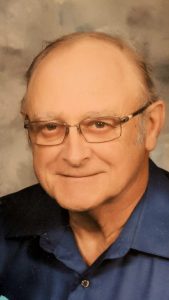 Charles Hunter Wells, 73, left his home in Taylorsville to be with Jesus on Tuesday, March 3, 2020.

He was born in Washington, D.C. to Charles Henry and Nellie H J G Wells. He was a former employee for the Lucent Technologies phone Company CWA Local # 2809 in Maryland. He proudly served in the U.S. Air Force during Vietnam. He was an Active member at Taylorsville First Baptist Church and actively participated in the American Legion and Alexander County Lions Club.

In lieu of flowers, donations can be made in his honor to Alexander County Lions Club in Taylorsville.

The family will receive friends on Thursday, March 5, 2020, from 1:30 p.m. – 2:45 p.m., at Alexander Funeral Service. The funeral service will follow at 3:00 p.m. in the funeral home chapel with Rev. Roger Underwood officiating. Burial will be held later at Parklawn Memorial Park in Rockville, Maryland.