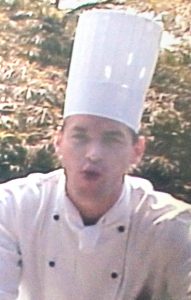 Born September 15, 1972, he was the son of Revonda Kay Hall Bowman and the late Richard Paul Schronce, Jr. During his career, Jeffrey worked at Grove Park Inn for 12 years as a chef and also had his own cooking business following his time working at Grove Park Inn. He will be truly missed, but will forever be in our hearts.

Along with his father, he was preceded in death by his stepfather, Terry Lee Bowman.

Those left to cherish his memory, including, his mother are his sister, Kimberly Corriher; brother, Clint Bowman; two nieces, Shelby Corriher and McKenzie Bowman; along with many other family members and friends.

Memorials may be sent to Bethlehem Baptist Building Fund or to ASPCA.