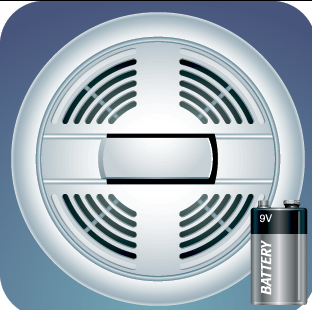 When daylight saving time begins on Sunday, March 8, Insurance Commissioner and State Fire Marshal Mike Causey reminds everyone to change the batteries in your household smoke and carbon monoxide detectors. It also is a good time to review home fire safety plans.

“Smoke alarms cut the chances of dying in a fire in half, but they have to be in proper working condition in order to do their job,” said Commissioner Causey. “I urge everyone to use this weekend to check your smoke alarm. This could be a potentially life-saving investment of time and energy.”

According to the National Fire Protection Association, families have an average of three minutes to get out of their homes once their smoke alarm sounds due to fire. However, those life-saving minutes only occur when alarms are fully powered and operational.

There were 117 fire deaths that occurred across North Carolina in 2019, and in many of those incidents, a proper-working smoke alarm was not inside the home.

“Changing your clock either back or forward should be like tying a string around your finger to remember to check your smoke alarm battery,” said Commissioner Causey. “The two practices need to go hand in hand.”

The NFPA reports three out of every five home fire deaths across the nation resulted from fires in homes with no smoke alarms or no working smoke alarms.

Of those, in fires in which the smoke alarms were present but did not operate, more than half of them had missing or disconnected batteries after nuisance alarms, such as the alarm going off during cooking. Dead batteries caused one-quarter of the smoke alarm failures. Hardwired power source problems caused 7 percent of the failures. The rest of the failures occurred because of defective or improperly installed alarms.

In addition to changing or checking your smoke alarm battery, residents should take note of the following fire preparedness tips:

• Place a smoke alarm on every level of your home outside sleeping areas. If you keep bedroom doors shut, place a smoke alarm in each bedroom.
• Teach children what the smoke alarm sounds like and what to do when they hear it.
• Prepare and practice an escape plan – know at least two ways to get out of a room, crawl low under smoke and plan where to meet outside.
• Keep smoke alarms clean by regularly vacuuming over and around it. Dust and debris can interfere with its operation.
• Install smoke alarms away from windows, doors, or ducts that can interfere with their operation.
• Never remove the battery from or disable a smoke alarm. If your smoke alarm is sounding “nuisance alarms,” try locating it further from kitchens or bathrooms.

For more information on how to check smoke alarm batteries or have an alarm installed, contact your local fire department or the Office of the State Fire Marshal at 1.800.634.7854.