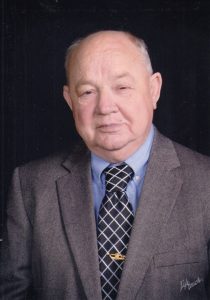 Born September 3, 1942, in Alexander County, he was the son of the late Hobart and Emma Myrtle Warren Kerley. During his career, Lynford worked as the District Manager for the Charlotte Observer and had also worked at Taylorsville Police Department and Loomis Fargo. He served in the NC National Guard and was a faithful member at East Taylorsville Baptist Church, where he played the trumpet for the church choir for 40 years.

Lynford enjoyed weather watching and was subscribed to newspapers from Alaska and the far northwest. He also loved to travel and spend time at the beach. Lynford was a loving husband, father, grandfather, great-grandfather, brother, and friend to all. He will truly be missed, but will forever be in our hearts.

The family will receive friends on Tuesday, March 10, 2020, from 2:00 p.m. – 3:15 p.m., at East Taylorsville Baptist Church. The funeral service will follow at 3:30 p.m. with Rev. Jamie Steele, Rev. Kevin White, and Rev. Mark Marshall officiating. Burial will follow at Hiddenite Cemetery with military rites provided by the NC National Guard.