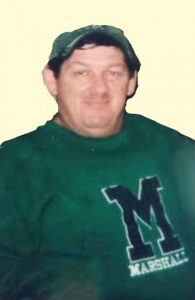 Anthony Rodney Gibson, 55, of Lower Lane, Taylorsville, passed away unexpectedly on Friday, March 13, 2020 at his residence.

Anthony was born May 10, 1964, in Hamlin, West Virginia, the son of the late Phyllis Deloris Gibson Mullins. He was of the Baptist faith.

Including his mother, he was preceded in death by his grandparents, Forest and Reathal Gibson.

Those left to cherish and honor his memory include his son, Ben Gibson of Asheville; his brother, Robert Gibson and wife Sue of Taylorsville; his sisters, Lisa Snyder of Hiddenite, and Deborah Gibson of Wilkesboro; a special aunt, Sharon Greathouse of Taylorsville; many cousins, nieces, and nephews; a very special friend, Megan Miller, among others; a step-father, Roscoe Mullins; a step-brother, Kevin; and mother of his son, Paula Allen.

Services will be at a later date.

Adams Funeral Home and Cremation Services is honored to be serving the Gibson Family.