(This article was updated March 17 to reflect the expansion of the food drive to include all types of food items.)

A Food Drive is planned by the Hiddenite Community Helpers. Collecting food items is important, said Heather Davis of the Helpers group. Due to the Coronavirus concerns, with school being closed for a period of time in Alexander County, the Helpers want to be prepared. 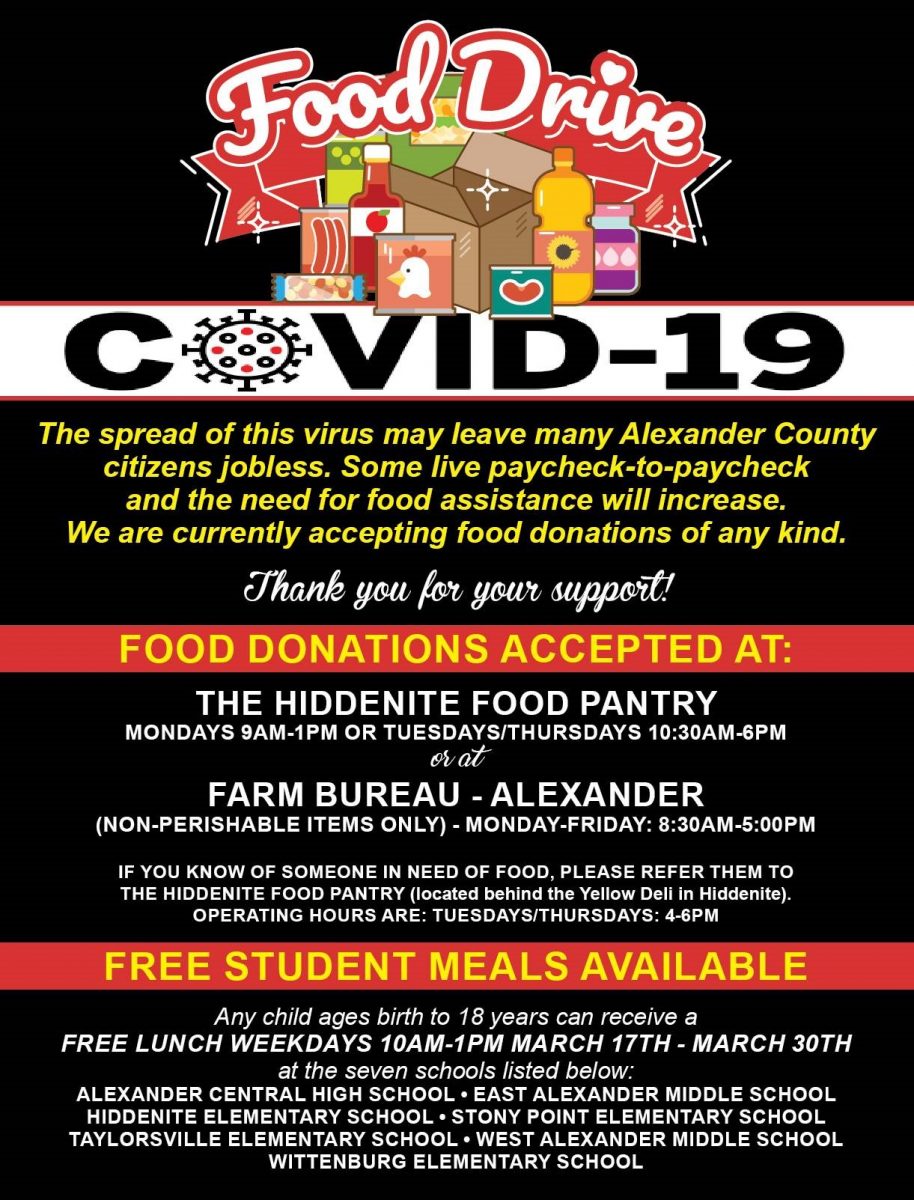