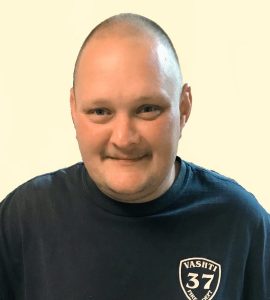 Bubba was born September 24, 1979, in Iredell County, the son of Sandra Stevenson Hodge of Taylorsville and Billy Eugene Pierce.

He had worked as a correctional officer and was a fire fighter, where he held several positions with Vashti Volunteer Fire Department, including former Chief. He was a member of Salem Lutheran Church and he was loving, kind-hearted, and never met a stranger.

A graveside service will be held at 3 p.m., Thursday, March 19, 2020 at Salem Lutheran Church Cemetery. Rev. Steven Carson and Rev. Lloyd Jarvis will officiate. The family will receive friends from 2-3 p.m., prior to the service, at the cemetery.

Memorials may be made to the family for medical donations or National Fallen Firefighters Foundation, PO Drawer 498, Emmitsburg, MD 21727.

Adams Funeral Home and Cremation Services is honored to be serving the Pierce Family.