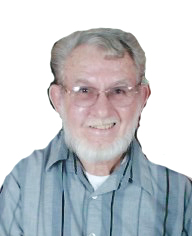 Foy was born July 24, 1944, in Davie County, the son of the late Bethal Frank Watson and Helen Messick Watson.

He was a US Army veteran and was of the Baptist faith. He had worked as a mechanic. He owned and operated his own mechanic shop in Statesville. He loved his family and really enjoyed being around people. He just enjoyed life.

Including his parents, he was preceded in death by a step-daughter, Tonya Allen.

A private graveside service will be held at Mt. Nebo Baptist Cemetery. Rev. Steven Hamm and Pastor Shane Watson will officiate. The body will lie-in-state at Adams Funeral Home Chapel on Wednesday, April 1, 2020 from 3-5 p.m. and on Thursday, April 2, 2020 from 9 a.m. until Noon.

Memorials may be made to: Alzheimer’s Association.

Adams Funeral Home and Cremation Services is honored to be serving the Watson Family.