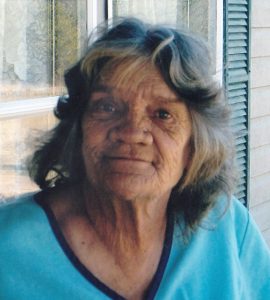 Margaret Flynn Quinn, 77, of Taylorsville, passed away on March 28, 2020 at Catawba Memorial Hospital.

Born to the late Lloyd Thomas and Emma Sneed Flynn, Margaret was a member at Oakwood Baptist Church in Bethlehem. During her working career, she was a knitter in the hosiery industry. Margaret enjoyed the outdoors, going everywhere she could in her wheelchair “legally”. She catered to everyone and loved visiting with her grandchildren and great-grandchildren.

In addition to her parents, she was preceded in death by her husband, Leonard P. Quinn, four brothers, three sisters, and a daughter-in-law, Teresa Hensley Quinn.

The family has requested that donations be made to St. Jude Children’s Research Hospital, 262 Danny Thomas Pl, Memphis, TN 38105.

Inurnment will be announced by Alexander Funeral Service at a later date.