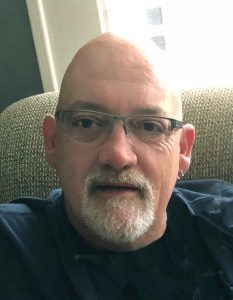 He was born on August 22, 1964, in Taylorsville, to Faye P. Foster who survives and the late John Anderson Holmes. Dale was a graduate of Alexander Central High School and Mitchell College School of Nursing. He was employed as a Registered Nurse by Yadkin Valley Home Health in Elkin.

Mr. Holmes is survived by his husband, Bradley Newton of the home; sons, Cameron Holmes (Shaley) and Zachary Holmes (Kelsea); along with precious grandchildren, Ty Haus and Caroline Holmes; and his former spouse, Melissa Carlton, all of Statesville.

The family will have a private service by invitation only and will greet friends on Saturday afternoon, from 2:00 to 6:00 p.m., at Nicholson Funeral Home.

Fond memories and expressions of sympathy may be shared at www.nicholsonfunerals.com.