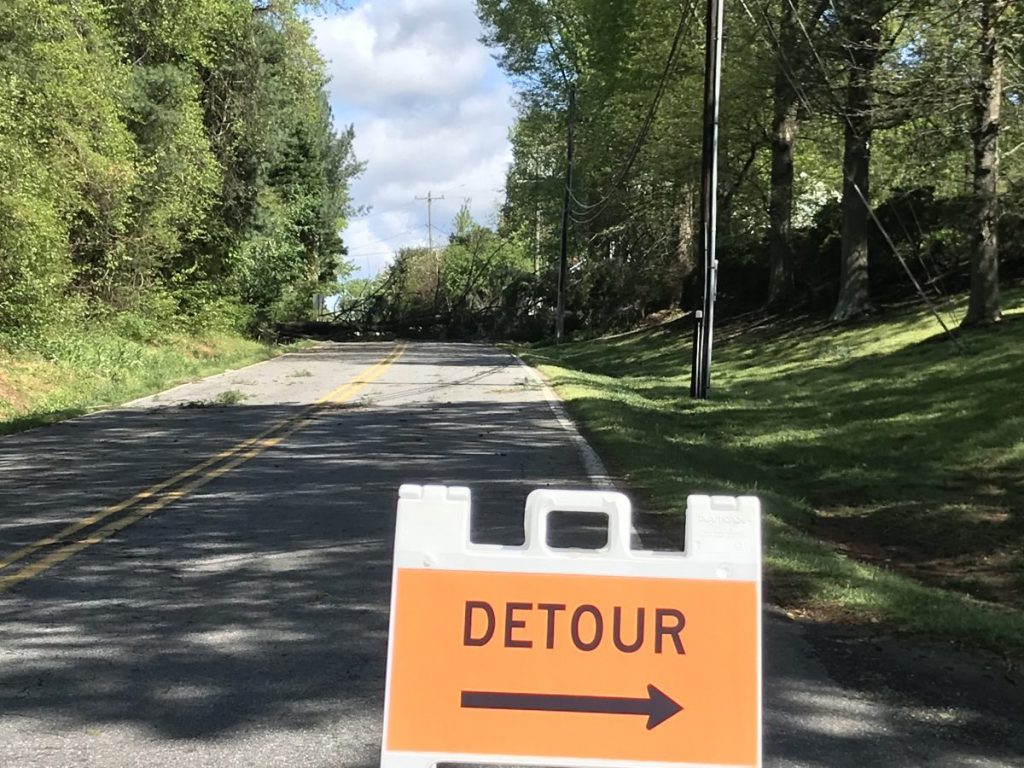 Old Wilkesboro Road was one of several roads in the area blocked by fallen trees on Monday morning, April 13, 2020.

According to Doug Gillispie, Director of Public Services, volunteer fire departments have been aggressively working on cutting and removing trees from roadways; however, some of the trees were too large, and NCDOT is now working to remove trees on South Center Street and Old Wilkesboro Road so they can reopen those roads.

Alexander County Emergency Services worked throughout the night monitoring the storm and the resulting damage, and continues to monitor the aftermath to ensure the public’s safety. 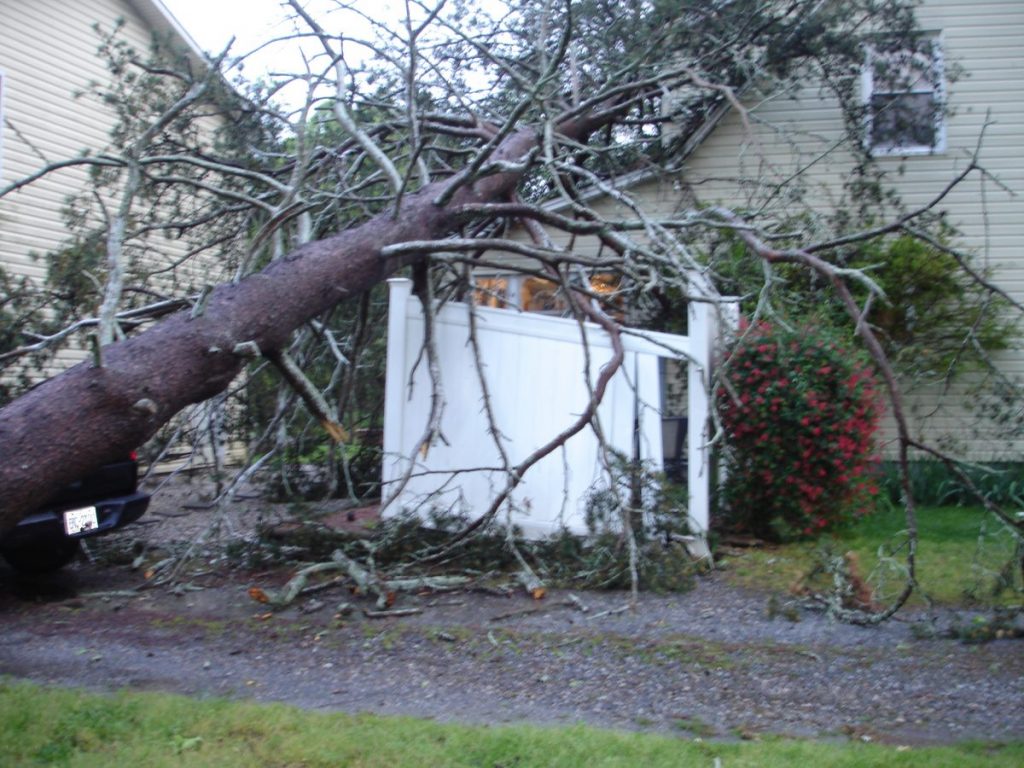 HOME DAMAGED — The home of Reid Cone on South Center Street in Taylorsville was damaged early Monday morning when storm winds blew over this Yellow Pine onto the structure, with limbs perforating the enclosed rear porch in two places. Fortunately, Cone said no one was injured in the event, which occurred about 2 a.m. Monday. (Photo courtesy of Reid Cone.)