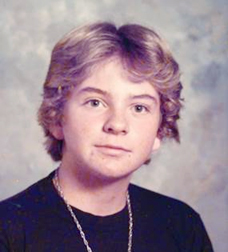 He was the son of Danny Ray Stikeleather Sr. and the late Virginia Mayberry Stikeleather. He was born in Iredell County on Monday, September 16, 1968. Danny was born into the Christian faith as a young lad at Monticello Baptist Church in Statesville.

In addition to his mother, Virginia Mayberry Stikeleather, Danny was preceded in death by his brother, Aubrey Stikeleather.

In addition to his father, Danny Ray Stikeleather Sr., and stepmother, Ginny of Statesville, Danny is survived by a number of aunts, uncles, and extended family.

A Private Graveside Service will be conducted.

Memorials may be given to Iredell County Hospice, 2347 Simonton Rd, Statesville, NC 28625.