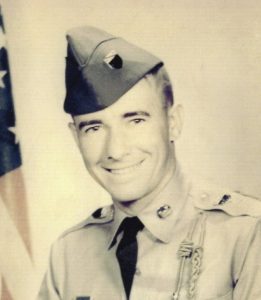 George was born July 13, 1941, in Pike County, Kentucky, the son of the late George Isaac Wallace and Pearl Payne Wallace.

He was a US Army veteran who served in Vietnam and attended Calvary Freewill Baptist of Connolly Springs. He had a great love for his family, especially for his grandchildren. George enjoyed fishing, hunting, and target shooting. He loved his dogs and animals of all kinds. He was a Ham operator and his handle was KF4WHR.

Including his parents, he was preceded in death by two sisters, Josephine Prater and Margie McClanahan.

No formal services are planned at the time.

Adams Funeral Home and Cremation Services is honored to be serving the Wallace Family.