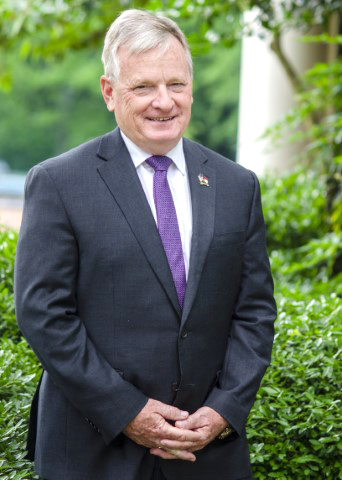 Last week, The Times had a chance to speak by phone with North Carolina Secretary of Treasury Dale Folwell (R). He discussed the status of the state employee pension plan, NCDOT spending, and COVID-19.

Folwell and his staff are known as “the Keeper of the Public Purse.” He manages an amount of money that is eight times larger than the state’s budget — the 26th largest pool of public money in the world. In addition, one out of ten people in North Carolina is involved in the state pension plan, including all state employees and all local employees (deputies, social services workers, etc.). There are nearly 1,000,000 participants in the State Pension Plan.

“One of our responsibilities is to be in the check delivery business — to make sure those that taught, those that protect, and those that otherwise serve our citizens can depend on getting a pension check after they retire,” Folwell said. “This is not Wall Street’s money. This is not big health care’s money. And it’s not big drug companies’ money. It’s your money.”

In relation to COVID-19, “we, in my opinion, we have a very good chance, based on our financial strength in North Carolina, to pull ourselves out of this medical virus quicker than any other state our size,” he continued. “That’s not an emotional or political statement. It’s a mathematical statement. We have just received $4 billion in money from the CARES Act. Even though there’s a backlog, there’s almost $4 billion in the unemployment rainy day fund. There’s nearly a billion and a half in the normal rainy day fund, and over $2 billion in unappropriated monies from last year’s budget. We have the potential — and I underscore the word potential — to pull ourselves out of this faster than any other state our size. But it cannot be done with secrecy and lack of data. Only with transparency and data can you put together the right policies so that people can get back to consuming.

“What is afflicting the City of Taylorsville and the County of Alexander, and others like them, is the lack of consumption, because when people can’t move, they can’t consume anything…It’s gas tax, it’s sales tax, it’s occupancy tax, all these things that are based on movement. That’s why it’s so important that we put the right policies with the data, while balancing life and livelihood,” Folwell stated.

Folwell and five other members of the Council of State wrote this month to Gov. Roy Cooper (D) to ask that they be debriefed about the COVID situation.

He noted that whether one lives in Boone, Charlotte, or Shallotte, residents can drive barely more than ten miles across state lines and get a hamburger and a haircut. “We cannot be putting our businesses at a competitive disadvantage relative to other border states. We have to do this with data and transparency,” the Secretary said.

He noted he is also hearing from municipalities and counties who are looking at revenue decreases between 15 and 20 percent due to COVID-19.

To address these shortfalls, he outlined three modes of attack. Firstly, the Council of State needs to be included in policy making. Secondly, local governments could not have predicted the virus but most have money in reserve, no matter what happens. Local governments can continue to be frugal in budgets. And, thirdly, as individuals, Folwell said those who are not cash-strapped can go ahead and renew their motor vehicle license plate stickers and drivers licenses.

“The biggest portion of that bill goes back to the counties, the cities, and the volunteer fire departments of North Carolina,” Folwell explained. “The expenses of running cities, counties, and volunteer fire departments have not decreased. So, it’s kind of a big deal. The reason that law was put into effect was to help the hundreds of thousands, if not millions, of people in North Carolina who do not have the economic means to renew the tags on their cars. But there are people who do [have means].”

The Secretary also mentioned the DOT situation. “We’re talking about a Department of Transportation that’s not only broke, but broken. They were writing checks they couldn’t cash. They overspent their budget by billions of dollars over the past two years. So, the fact that Alexander County can’t get a road fixed where a culvert has washed out is just an example of how their overspending is impacting the very people who pay the taxes and expect that kind of stuff to be repaired.”

When asked how to fix NCDOT, Folwell said motion is key — getting people to move and consume goods. But turning over the DOT purse to another entity is also a solution.

“Last year, we asked the Governor to dismiss the DOT Secretary, which he did. But we asked for something else, too: to transfer the whole financial operation of the DOT over to the Office of State Budget and Management. The Office of State Budget and Management knows how to manage budgets…The DOT should only be in the business of building and repairing roads and bridges. They should have nothing to do with the financial operations of DOT. Because not only have they overspent their budget by billions of dollars, they wiped out the Highway Trust Fund of over a billion dollars, which has not been touched since 2002. It’s almost completely wiped out,” Folwell noted.

Some readers may not know that Folwell has been to Alexander County several times. In his earlier years, he was a motorcycle mechanic. He also races motorcycles and he raced at Cycleland, in the Sugar Loaf area, back in the 1970s and 80s. He later completed a degree in accounting, passed the exam to become a CPA, served in elected positions in Forsyth County, and then was elected to the NC State legislature and served four terms. Folwell also served two years as Speaker Pro Tempore of the North Carolina House and also served as Assistant Secretary of Commerce.