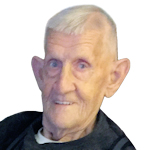 Born in Rowan County, on October 13, 1938, he was the son of the late Harry Lewis McDaniel and Bleka Lee Wike McDaniel. Lewis was of the Lutheran faith.

In addition to his parents, Lewis was preceded in death by a sister, Magdalene Adkins.

A private graveside service will be held for Mr. McDaniel.

Sossoman Funeral Home and Crematory Center is assisting the family with the arrangements.