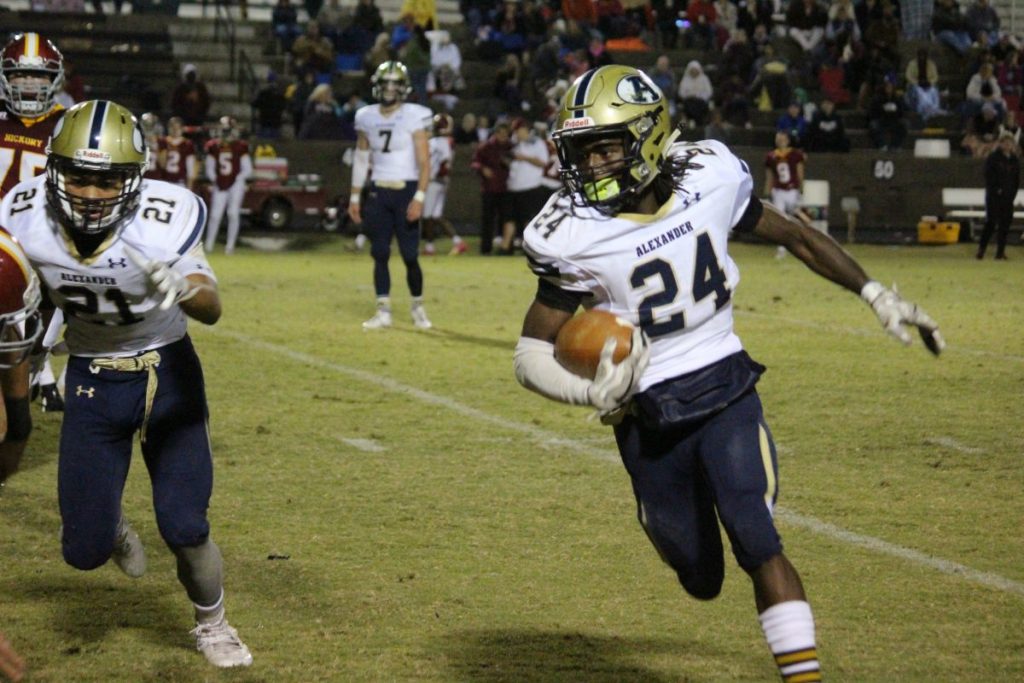 AJ Miller gets to the corner on a nice gainer vs. Hickory at Frank Barger Stadium.

In a social media announcement last week, the three-year ACHS starter revealed his plans to join the St. Andrews program this fall. Miller becomes the third Cougar senior to make his commitment to play collegiate football, joining teammates Garrett Martin and Josh Miller, who have agreed to play at Emory & Henry. Ryheem Craig, a rising ACHS senior, has verbally committed to play at Louisville.
Miller, who is scheduled to graduate from ACHS next week, was a three-year starter for Coach Butch Carter’s Varsity Cougars. He was voted to the All-NWC Team two times and earned the ACHS Golden Helmet Award in 2019. Over the past two seasons, Miller compiled more than 2,800 all-purpose yards and scored 26 touchdowns.
“You can never replace a player like AJ,” Coach Carter commented. “He was our leader, a captain on and off the field. He challenged his teammates and our coaches to be better every day. Our program will miss his passion and love for competition. I am so proud of him for his growth as a player and a young man. St. Andrews is getting a great player and leader. I can’t wait to see him on the field for the Knights.”
AJ is the son of Dernease and Elton Parsons of Taylorsville.
Miller will be joining a St. Andrews team where a former Cougar is a member of the coaching staff. AJ Hopke is in his third season as an assistant coach on the Knights’ staff. Hopke is a 2010 ACHS graduate and played and coached at Lenoir-Rhyne before joining the St. Andrews program.