A protest that is being promoted in Taylorsville this week does not have the backing of local civil rights or political groups.

According to posts on Facebook, local resident Jessica Sumpter announced a protest in Taylorsville on Thursday, June 4, at 7:00 p.m. to speak out against the Minneapolis, Minnesota police killing of George Floyd and similar acts against people of color.

Police Chief Douglas Bowman told the Taylorsville Town Council on Tuesday, June 2, that Sumpter is seeking to have a peaceful protest but noted that she did not allow for the 14-day notice on planning the event to obtain a proper permit for street closure. Taylorsville Police and several assisting agencies will cordon off the three streets surrounding the eastern, southern, and western sides of Alexander County Courthouse and protesters can gather in those streets so that Main Avenue (NC 90) will remain open to traffic. Protesters will not be allowed to gather on County property, because the event was announced before any County permit could be obtained as well. Officers will be stationed in various downtown locations to ensure a peaceful event.

She indicated that local leaders are concerned that although Sumpter intends the protest to be peaceful, that out-of-town groups may come as well, with ill intentions.

“We all agree there are issues to address, but we need to sit down and work out our problems,” Mrs. Chestnut said. “We want peace in our negotiations.”

Update: Walmart leaders are reviewing the situation as it develops to determine if closing the store is necessary.

Town of Taylorsville placed under a preemptive State of Emergency beginning Thursday, June 4, at 6:00 p.m.; Curfew to begin at 10:00 p.m., residents urged to stay in their homes and businesses 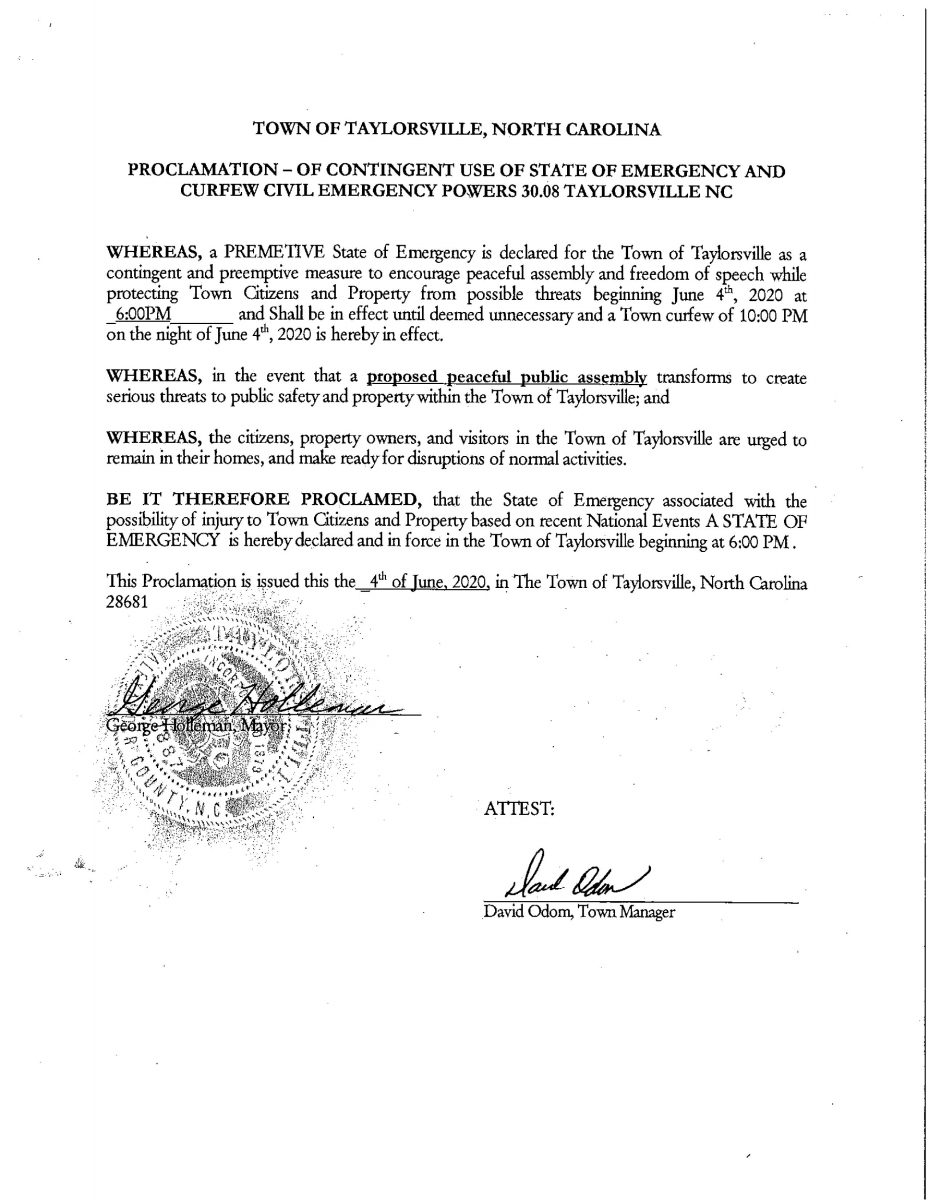 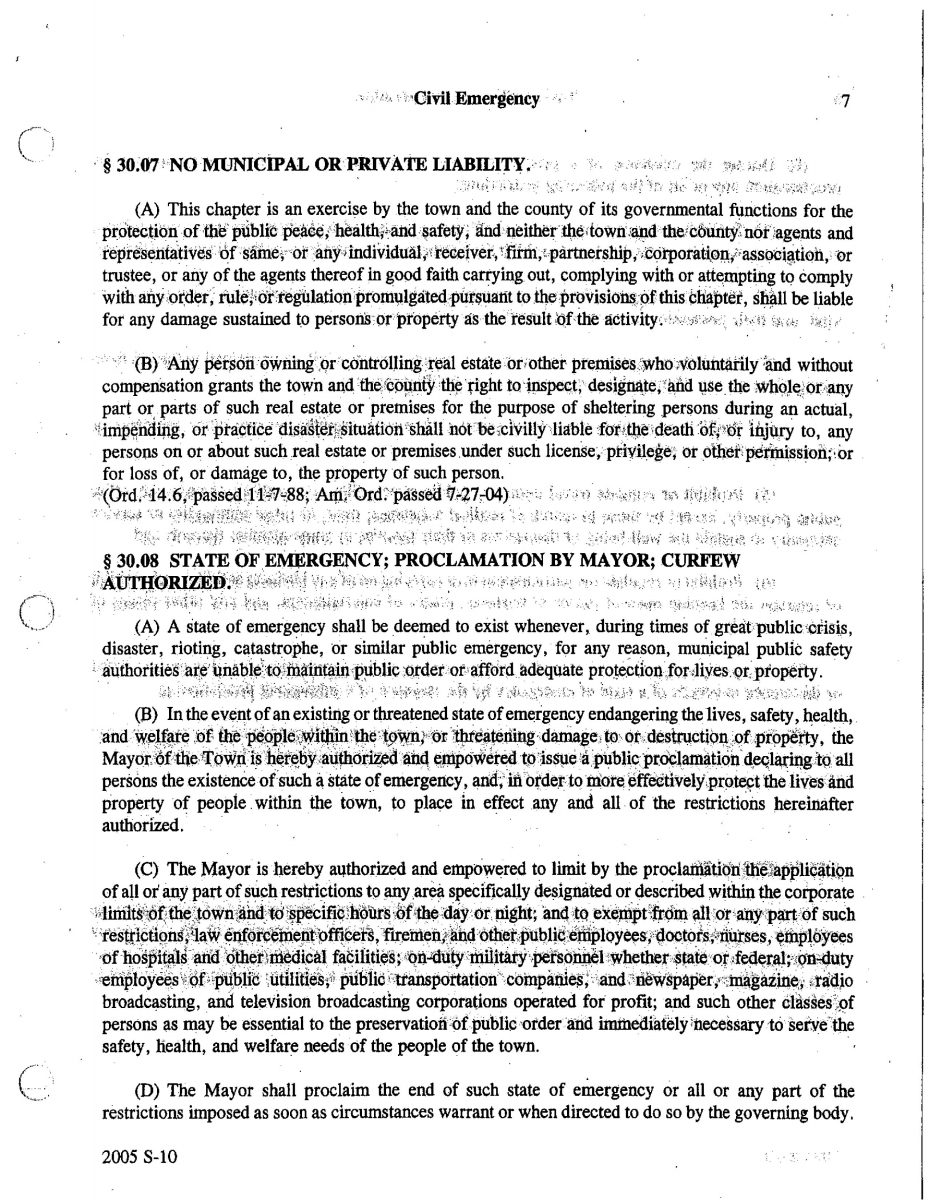 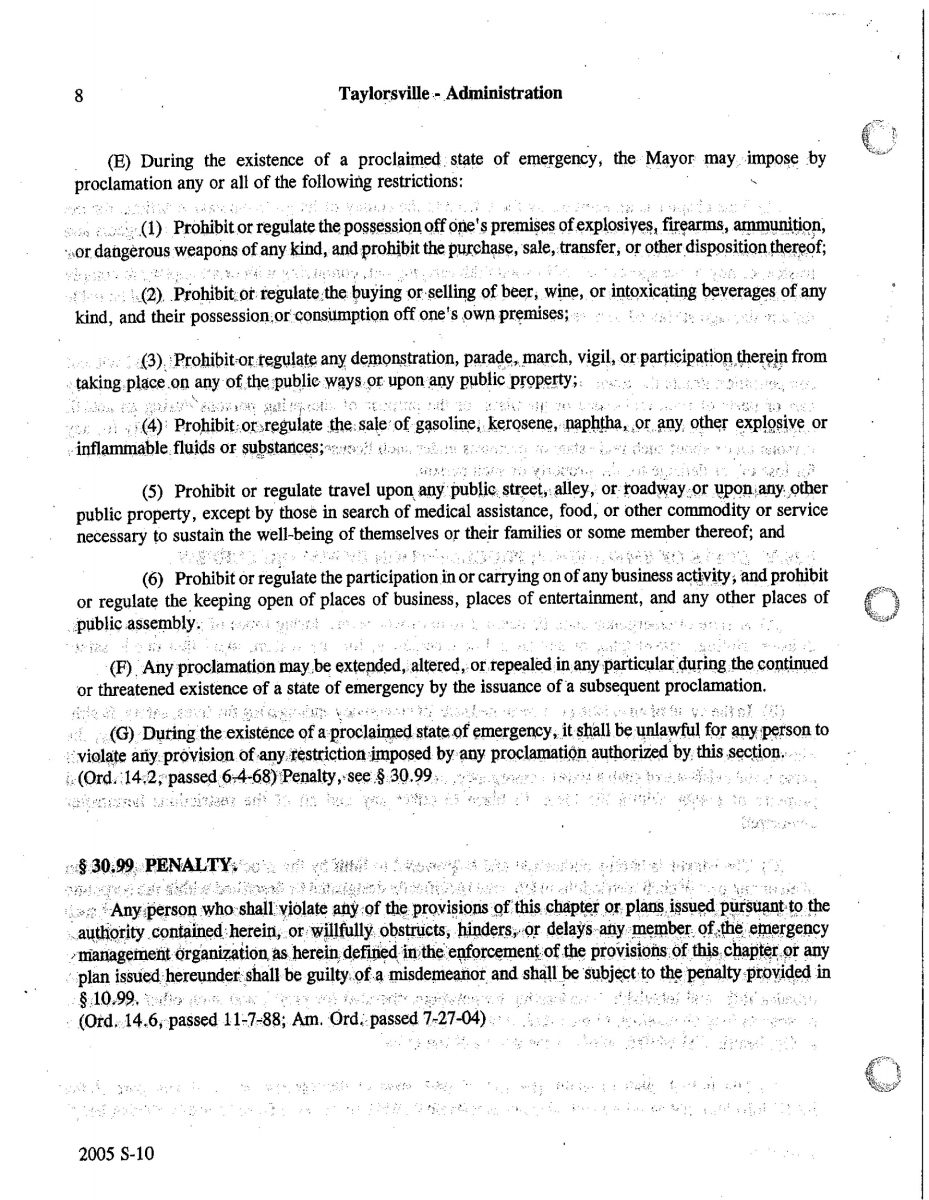