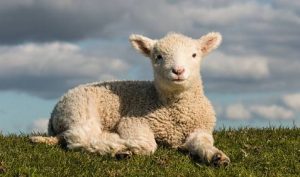 Gracie Marie Moody passed peacefully in the arms of family on June 8, 2020.

Gracie Marie was the daughter of James and Crystal Shepherd Moody of Hiddenite.

Gracie Marie was preceded in death by her paternal grandparents, Tollie Jack Moody,Jr. and Susan Marie Kroger Moody, and a sibling that did not live until birth.

Gracie Marie was given a lifetime of love during her short time on earth.

Gracie Marie was much prayed for and will be greatly missed. This is not goodbye, only see you soon.

“The Lord gave and the Lord hath taken away; blessed be the name of the Lord.” Job 1:21b

Visitation for Gracie Marie and family will be held at Freedom Baptist Church on Saturday, June 13, 2020, from 12:00 p.m. until 12:45 p.m., with the funeral service at 1:00 p.m. The burial will follow in the church cemetery. Rev. Sam Vallini will officiate.