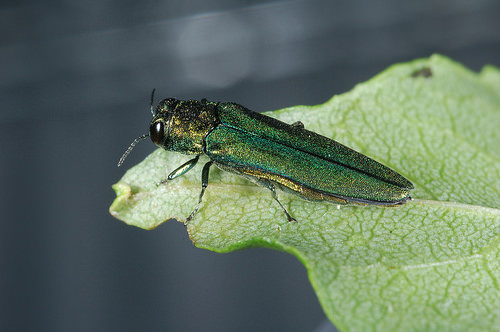 Signs of the emerald ash borer (EAB) were found in Alexander County for the first time this summer. The tree-killing insect has now been detected in 57 counties within the state. Signs and symptoms consistent with EAB were found southwest of Taylorsville.

EAB is a metallic green beetle that bores into ash trees and feeds on tissues beneath the bark, ultimately killing the tree. The signs and symptoms of EAB aren’t always immediately noticeable because EAB damages the inside of the tree. Adult borers lay eggs on the bark of ash trees. When the eggs hatch, the larvae bore into the bark and feed on the transportation tissues of the tree. This disrupts the movement of nutrients and water within the tree, causing the tree’s slow death, typically in three to five years.

The signs and symptoms of EAB infestation include thinning and dying crowns; increased woodpecker activity that causes the tree to look like it is losing patches of bark; small, 1/8-inch D-shaped exit holes where adult beetles emerged from the trees; galleries on the inside of the bark; cream-colored larvae; and, epicormic sprouting, or sprouting from the main stem of the tree. Host plants include all native ash trees and native white fringetree. The Chinese white fringetree, often planted for ornamental purposes, is believed to be resistant.

The entire state of North Carolina is under a quarantine for EAB. This prohibits the movement of ash plant parts, the insect itself, ash nursery stock, and all hardwood firewood into nonquarantined areas such as central Tennessee, most of Alabama and all of Florida.

Adult EAB beetles are about a half-inch long and 1/8-inch wide. If their wing covers are pried up, their bodies are a metallic purple-red color. In North Carolina, the adult EAB is typically active from late spring and early summer, likely April through June. EAB larvae may be found under the bark of the tree most of the year. 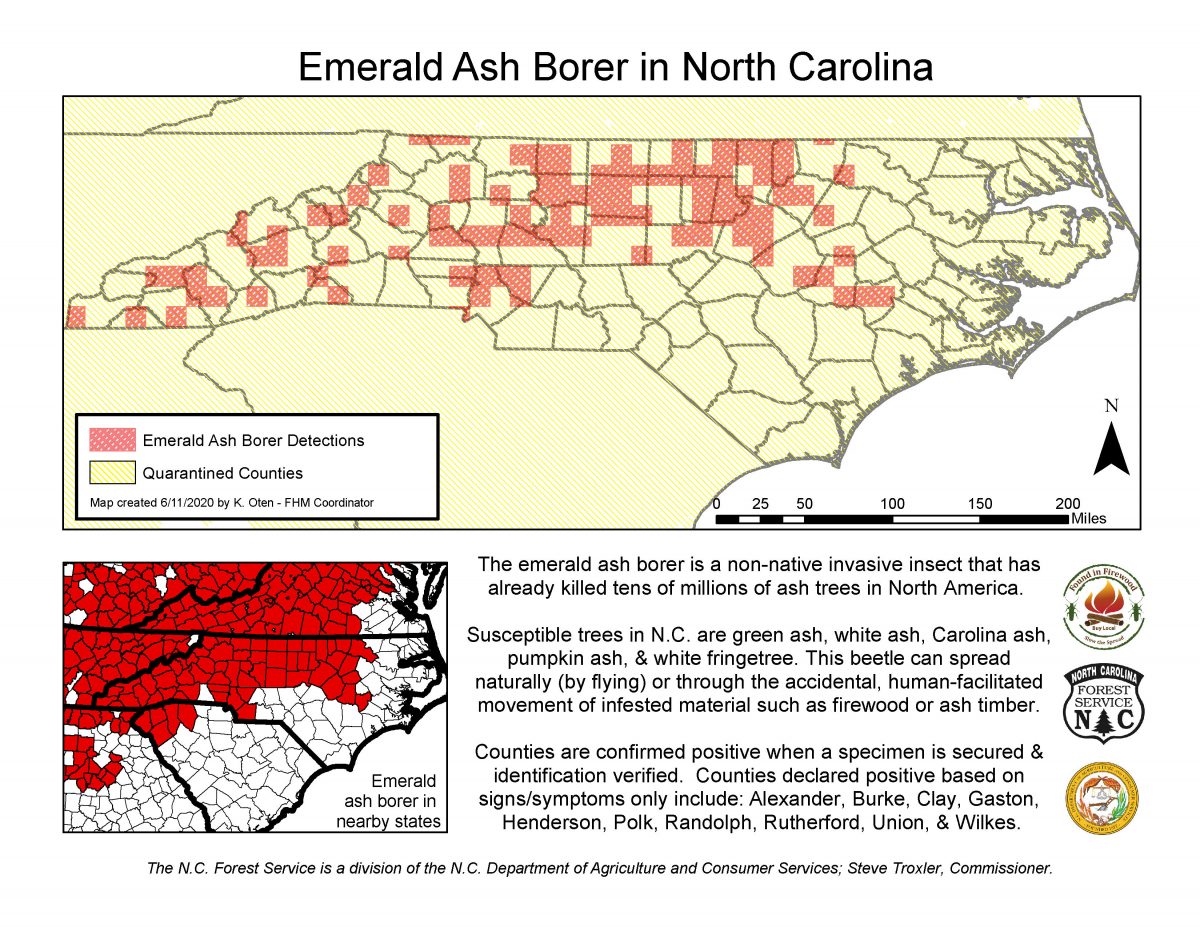