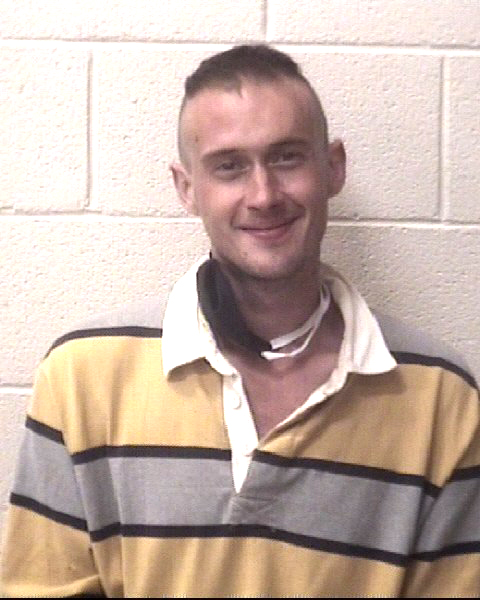 A man who allegedly stole a car, then crashed it in Hiddenite, fled from the scene June 17, but was apprehended later that evening by authorities.

The car was reported stolen to Taylorsville Police and was taken from the area of The Oaks Apartments, said Alexander County Sheriff Chris Bowman. The car theft suspect wrecked the car on NC 90 East near the Hiddenite Post Office shortly after 5 p.m. Wednesday. He ran away from the scene on foot, leaving the stolen car in the middle of the road.

Witnesses gave officers a description of the man, who was later identified as Taylor Reed Farabee, age 28. Farabee was described as having a pistol and fleeing the scene on foot, without shoes.

The Alexander Sheriff canine officer located the stolen pistol where Farabee had attempted to bury it nearby, said Sheriff Bowman.

Farabee was located about 7:00 p.m. Wednesday by State Highway Patrol troopers when it was noticed Farabee was passenger on a moped heading west on NC 90 near East Alexander Park.

Farabee was charged with larceny of a motor vehicle and larceny of a firearm by the Taylorsville Police Department, said Chief Doug Bowman. He also faces traffic-related charges filed by the Highway Patrol.