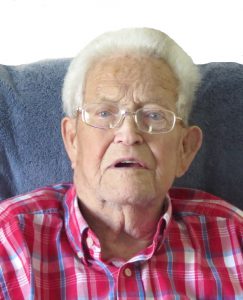 Bud was born December 21, 1924, in Alexander County, the son of the late Jasper Hall Stafford, Sr. and Virgie Starnes Townsend.

He was a US Army veteran who served in WWII and was the owner and operator of Taylorsville Beach Seafood and Steak. He attended Christian Fellowship Church. He loved to fish and could build anything including boats. He loved antiquing and always enjoyed going anywhere. He was a very generous man who never met a stranger and always was singing and whistling.

The funeral service will be held at Noon, Tuesday, June 30, 2020 at Christian Fellowship Church. Rev. Scott Green will officiate. Burial will follow in the church cemetery with full military honors accorded by Alexander County Veterans Honor Guard. The family will receive friends one hour prior to the service.