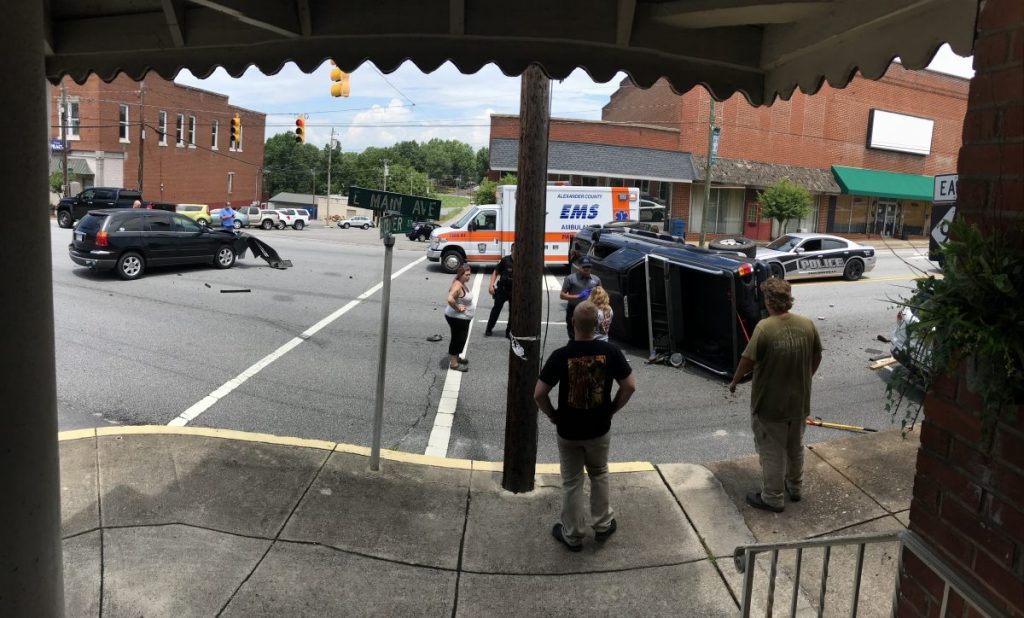 A two-vehicle collision on Wednesday, July 1, disrupted traffic and resulted in heavy damage to both vehicles, but no injuries were reported.

According to the crash report filed by Patrolman Z. Stevenson of the Taylorsville Police Department, the wreck occurred about 12:49 p.m. on July 1 on East Main Avenue, at the intersection with North Center Street. A 2006 Chrysler SUV, driven by Dena Baier Miller, age 54 of Taylorsville, was being driven north on Center Street. Stevenson noted that Miller ran a red light and failed to yield right of way to a 2003 Toyota pickup, driven eastbound on East Main Avenue by Jordan Frank Pearson, age 33 of Wilkesboro.

It was observed that the Toyota came to rest on its driver’s side in the middle of Main Avenue, and the Chrysler rested on its wheels in the intersection.

Witnesses confirmed that Pearson and other east/west traffic on Main Avenue had a green light, the report stated.

No injuries or citations were noted on the crash report.