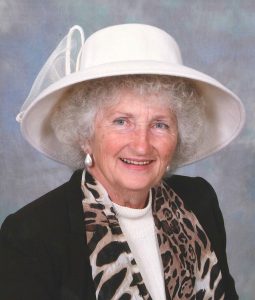 Sue Lackey died peacefully at Atria Lake Norman, in Mooresville, on Friday, July 3, 2020 at the age of 77.

Sue was born on February 6, 1943, in Taylorsville, to Samuel Jones Barnes, Sr. and Ruby Catherine Mecimore Barnes. She married her beloved husband, Renn Junior Lackey on February 11, 1961, and they shared 59 happy years together.

Sue began her musical career at age nine, where she began playing piano with one finger at Salem Lutheran Church of Taylorsville while taking piano lessons at home. She shared piano and organ playing for Salem until 1972 when she became Salem’s sole organist, and continued until retiring in 2016. She played as a substitute organist for any church in need and played for weddings and funerals all over Alexander County.

Sue was the model housewife, taking care of her four children, and became an avid gardener with as many as 200 rose bushes. Her first job outside the home was with the Alexander County Extension Service where she taught other families how to shop on a budget, garden, can, and prepare healthy meals.

In May 1985, Sue became co-owner of Giovanni’s Pizza with her husband, Renn, and their sons, Donnie and Garry, still run the business today.

She was preceded in death by parents, Sam and Ruby Barnes, and grandson, Richard Paul Tabler.

Sue will lie-in-state at Adams Funeral Home in Taylorsville on Sunday, July 5 from 2-5 p.m. A private graveside funeral service will be held on Monday, July 6, 2020 at Salem Lutheran Church in Taylorsville. Reverend Reed Shoaf will officiate the ceremony. A memorial dinner will be held at a later date for all friends and family to celebrate Sue’s life.

In lieu of flowers, donations may be made to Salem Lutheran Church.

Adams Funeral Home and Cremation Services is honored to be serving the Lackey Family.