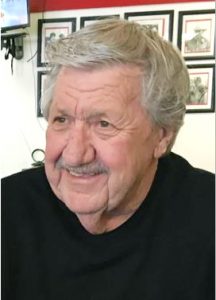 Born to the late Nuton and Lessie Mae McLain Marlowe, in Alexander County, Herman had been employed as a truck driver for 35 years, via the handle “Crackerjack.” He enjoyed fishing, and many days could be found bush-hogging and cutting hay.

In addition to his parents, Herman was preceded in death by his brother, David Marlowe, and a niece, Teresa Marlowe.