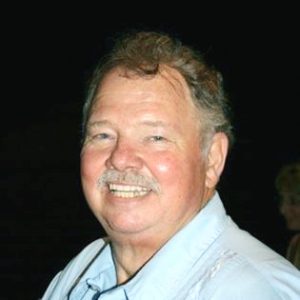 Bill died on July 5, 2020 and went to be with His Lord and Savior. Bill had friends all over the world as well as many in this area!

Bill was born on November 2, 1947, in Joplin, Missouri, to Wade (Bud) and Clara Lewis. The Lewis family consisted of daughter, Mary, and sons, Wade Jr, Paul, Bill, Harold, and Carl.

Bill was preceded in death by both parents, sister, Mary, and brother, Wade.

Bill graduated from Carterville High School in 1965 and was on the basketball team there. He was heavily involved in the Carterville Christian Church activities and still visited the church when he was in Carterville.

Bill was a good singer and traveled with “Up With People,” a singing group that involved travel, the performing arts, and generally how young people should interact in a multi-cultural environment. Bill was proud of this work and the travel that went with it.

The majority of his work life was in the food industry. He was a very good chef and worked at many hotels in Michigan, including Mackinac Island, and also in Las Vegas.

In the Paul Lewis family, he was affectionately known as “Daddy Bill” because both Paul and Cindy had a brother named Bill.

During family gatherings, the brothers would tell about memories of their childhood. Below are a few of those stories.

One summer close to the 4th of July, Bill and Paul walked four miles to a gas station and bought fireworks. They set some of the fireworks off in a dead tree and it caught on fire and burned most of the tree down. There was no way to hide it and they were in trouble for a while.

Bill could make the best thanksgiving dressing. You had to get out the biggest bowl you had because you knew Daddy Bill was going to make a lot. That and his turkey gravy was the best you would ever eat.

Bill lived in a number of states including Missouri, Michigan, Arizona, and North Carolina. He talked about his love for North Carolina with its large number of trees. He considered North Carolina his home state because of the special friends he had there. He also had so many friends around the world and would talk fondly of them.

Bill was a true Christian, and lived his life as God directed him too. He is where he wants to be now. We miss you “Daddy Bill.”

There will be no services for Bill, at his request.

To post a story or tribute to Bill or read the ones that have been posted, go to Dignitymemorial.com/obituaries and type in William Hysel Lewis.