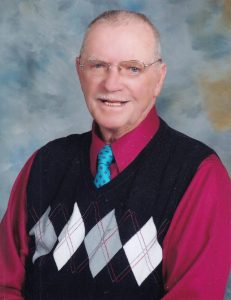 Lynn Alexander Sharpe, 86, of Hiddenite, passed away on July 6, 2020 at the Gordon Hospice House in Statesville following an extended illness.

He was born October 5, 1933, in Hiddenite, the son of the late Maurice Rufus Sharpe, Sr. and Addie Lackey Sharpe.

He attended Stony Point School and graduated from Statesville Senior High School. Lynn began his professional career with Southern Screw in Statesville. He retired after 35 years of service in the poultry industry as a serviceman with Showell and Perdue Farms. He continued his working career as a beef cattle farmer, real estate investor, and continued the Sharpe family tradition of making molasses under the name Sharpe’s Sweet Sorghum.

Lynn and Brenda enjoyed traveling together and in their 61 years of marriage, visited all 50 states, watched many NASCAR races and Tar Heel basketball games, and were often seen enjoying the outdoors at car shows throughout western NC with their fully restored 1936 Chevrolet.

Condolences may be sent to the Sharpe Family at www.alexfuneralservice.com.