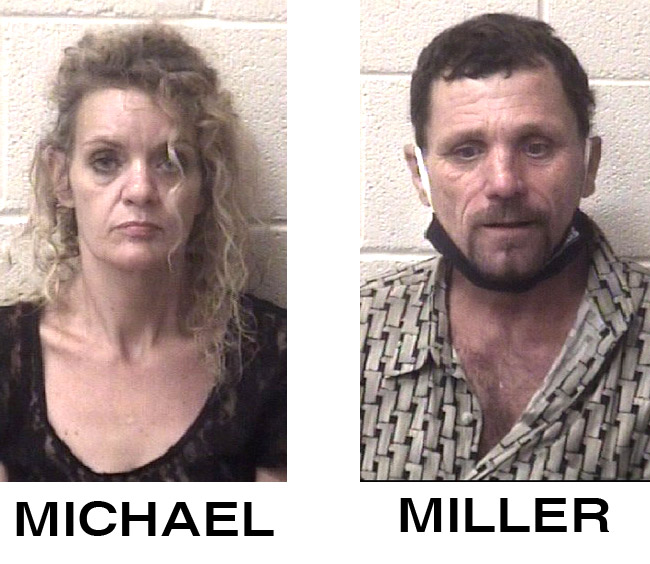 On the afternoon of Sunday, July 5, 2020, Alexander County 911 received a call from a man who was holding two individuals at gunpoint at his residence, Sheriff Chris Bowman said in a news release.

Officers responded to the residence, located on Highway 127 in the Ellendale Community of Alexander County. After arriving on scene, officers met with Larry Allen Miller, W/M, age 53 of Conover. Officers asked what he was doing at the residence. Miller stated that he had run out of gas. Miller said that he knocked on the door of the residence and no one came to the door. Miller related that he then walked around the property looking for old cars.

Officers found a black trashbag that had been filled with different food items, such as ice cream and Popsicles that were still frozen. There was also a five-gallon can of gas that had been taken from a vehicle.

The Sheriff said the vehicle the suspects were driving had been driven behind the residence, with limbs laid over the vehicle.

Renae Chandler Michael, W/F, age 48, of Charlotte, was with Miller in the vehicle. Officers approached Michael. She had an unidentified white substance on her pocketbook. It was later discovered that the crawlspace underneath the residence had been entered, and the white substance was lye that the homeowner had put under the residence.

Both Miller and Michael were arrested and charged with Felony Breaking & Entering, Attempted Larceny, and Misdemeanor Breaking & Entering. Both received a $20,000 secured bond with a first appearance date of Monday, July 6, 2020, in Alexander County District Court.