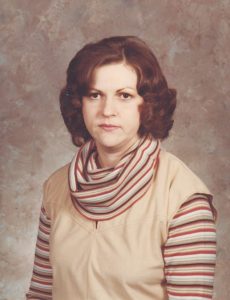 Brenda Kay Harrington Kanipe, 73, of Taylorsville, passed away on July 15, 2020 at Frye Regional Hospital in Hickory.

She was born to the late Roby Smith Harrington and Lois Pauline Loudermilk Harrington. Brenda was of the Lutheran faith, was a cloth cutter for the retail sales industry, and retired from Walmart where she continued to work.

In addition to her parents, Brenda was preceded in death by her brother, Darrell Harrington, and sister, Betty Tedder.

Memorial service for Mrs. Kanipe will be held on Monday, July 20, 2020 at 6:00 p.m. at the Alexander Funeral Service Chapel. The family will receive friends at the conclusion of the service. Inurnment will be with the family.