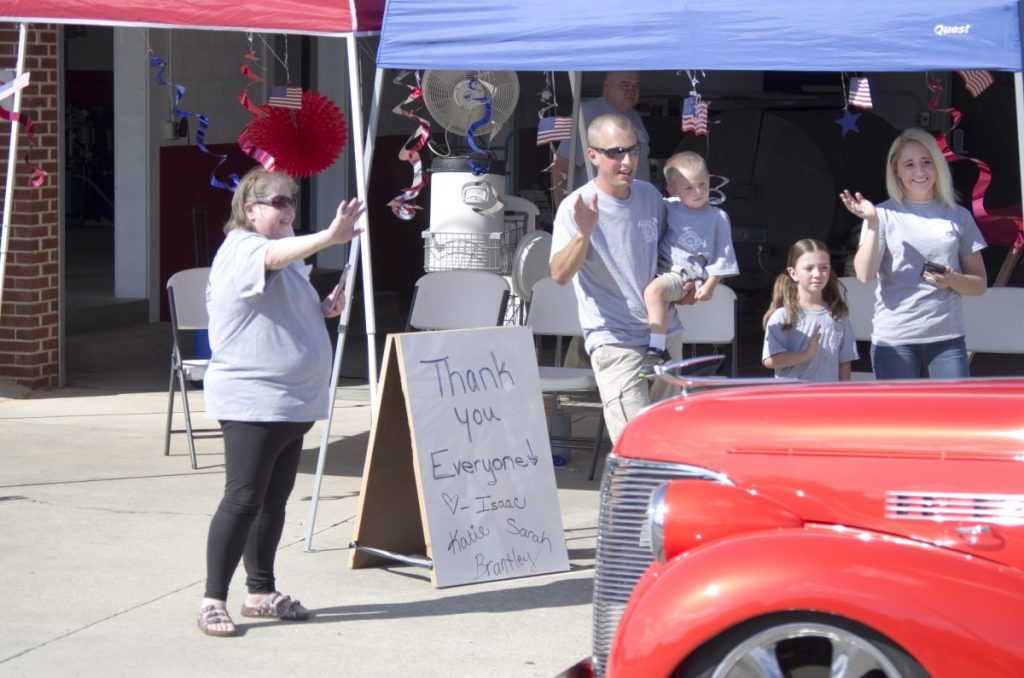 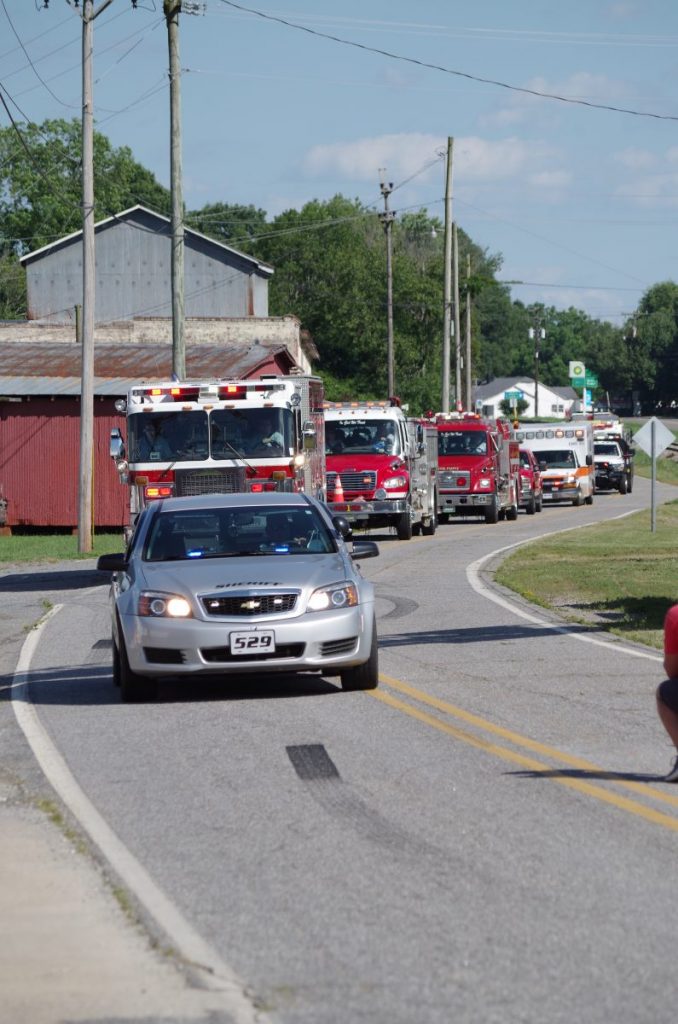 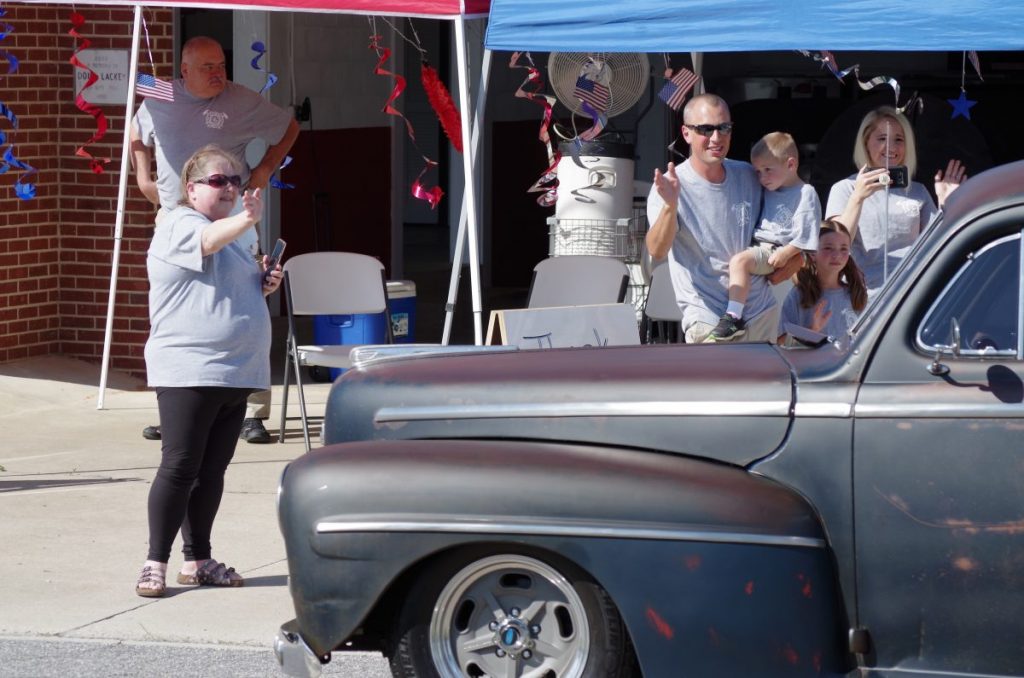 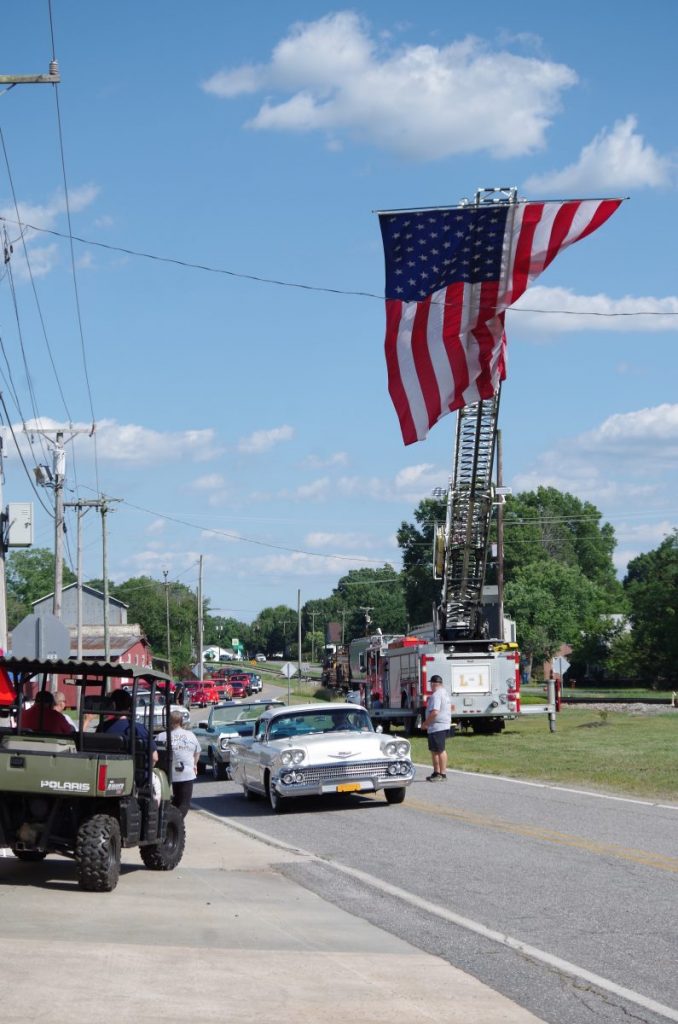 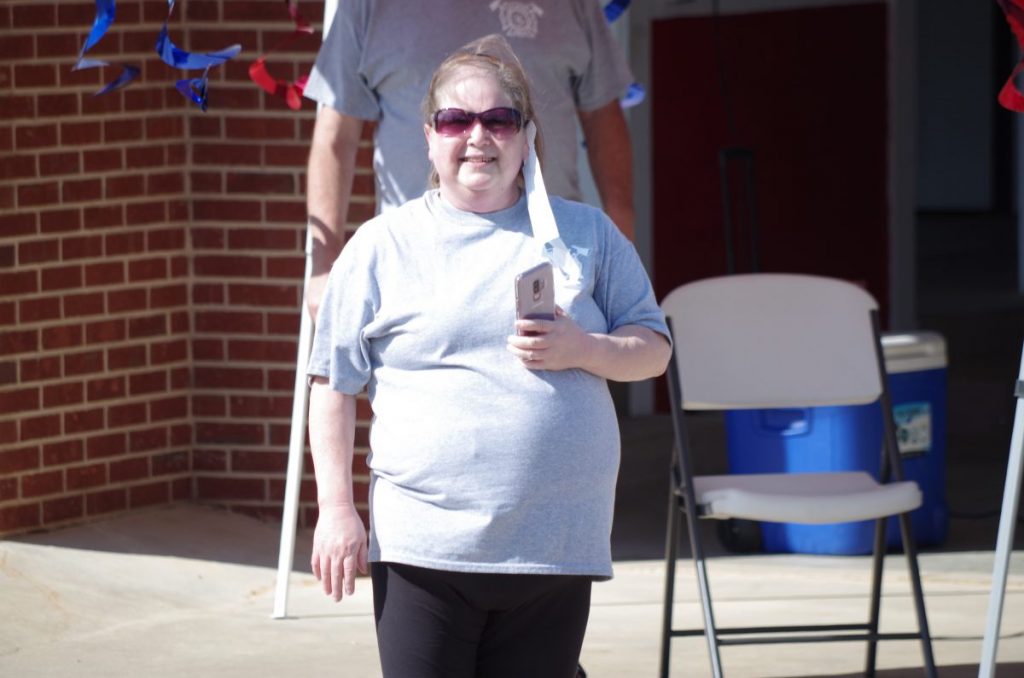 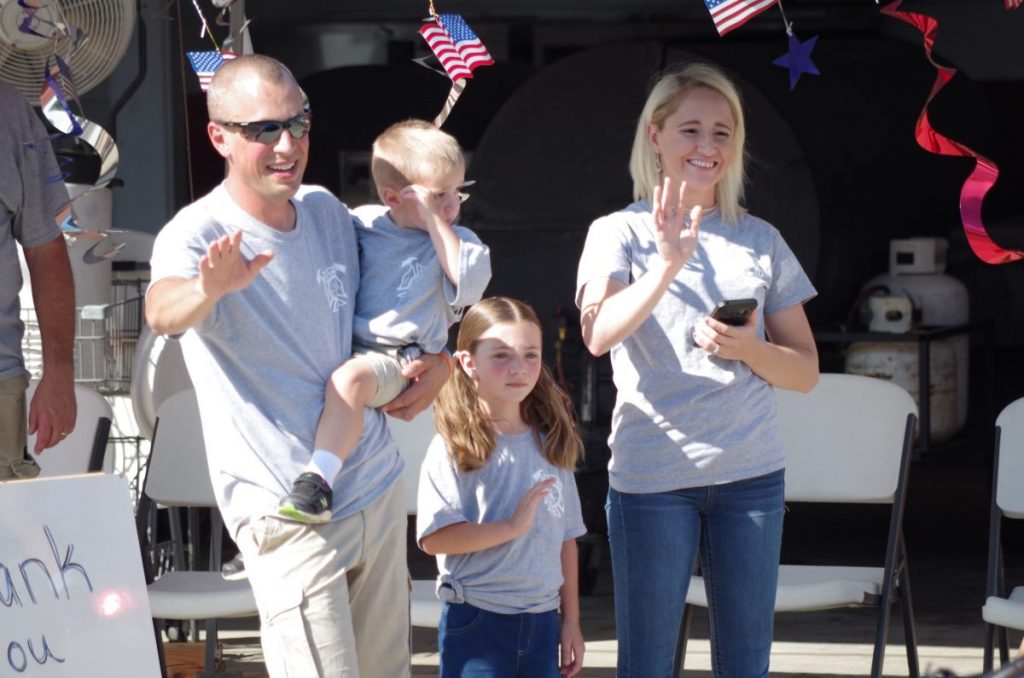 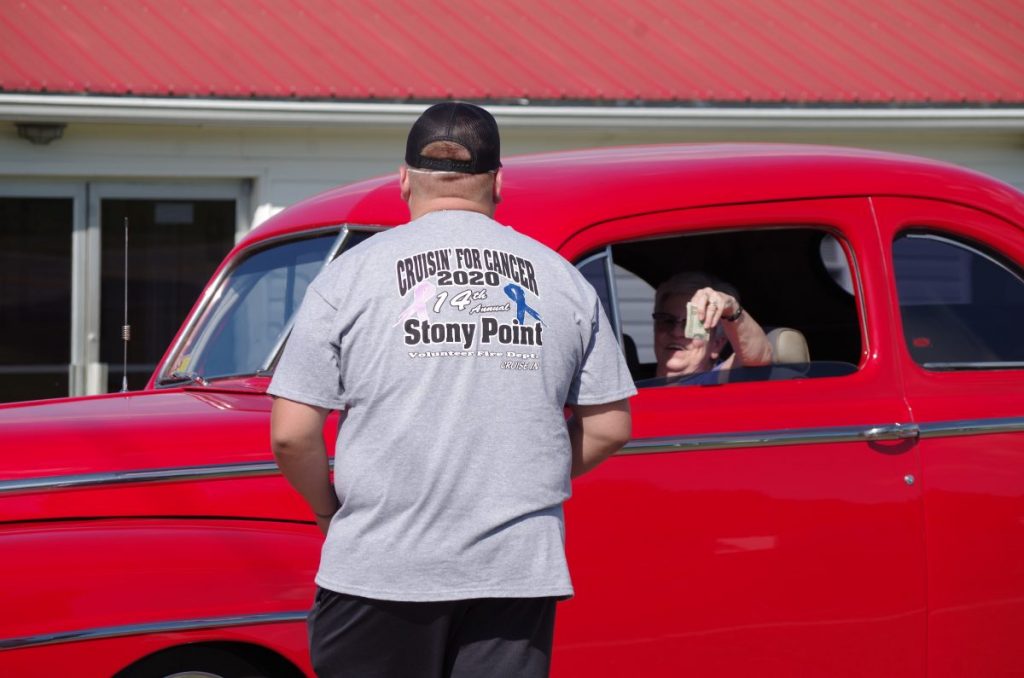 A cruise participant holds out a donation for cancer survivors Dianne McAlpin and Isaac McCurdy.