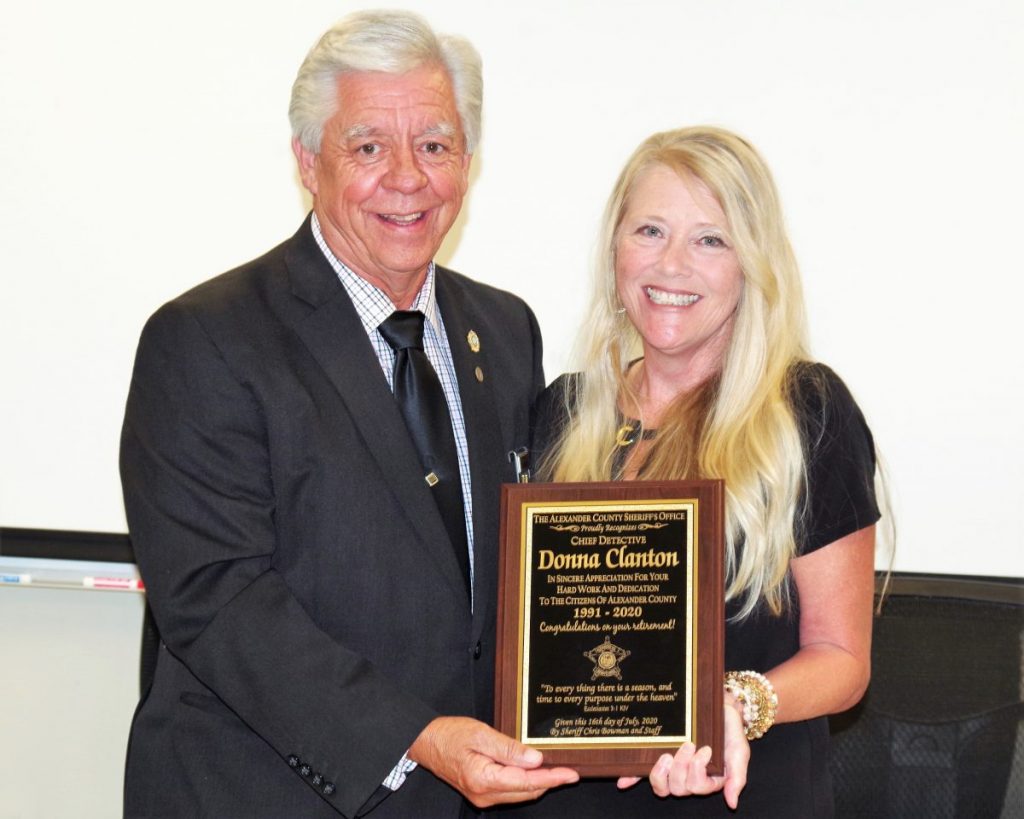 On July 16, 2020, Chief Detective Donna Clanton retired from the Alexander County Sheriff’s Office. She is shown above right with Sheriff Chris Bowman at a retirement reception held in her honor that day.

The first woman to fulfill the role of Chief Detective with the Alexander County Sheriff’s Office has retired this month.

A reception was held in honor of retired Chief Detective Donna Clanton, who began working part-time in 1991 at the Sheriff’s Office and was hired full-time July 16, 1993.

Over the years, Clanton attained a two-year degree in Criminal Justice and a four-year degree in Criminal Justice; earned Basic, Intermediate, and Advanced Law Enforcement Certificates; logged 1,000 hours in the Basic and Advanced Network Forensics CSI program; and completed the Criminal Investigation Certificate Program from the NC Justice Academy. She had over 1,000 hours of death investigations as well.

Department Chaplain Robert St. Clair presented a small testament “Shield a Badge With Prayer” to Clanton, and offered an invocation at the gathering before refreshments were served.
Sheriff Bowman praised Clanton’s work ethic and accomplishments.

“I know she would come in to work early in the mornings, about 6 o’clock most of the time, and stay until into the afternoons and evenings,” said Sheriff Bowman. “A lot of [her activities] she took upon herself to see that they got done. Donna is special; always has been, and always will be.”

Clanton said to her fellow officers, “Today is bittersweet. There’s a lot of emotion. I’m happy. I’m happy that I’ve survived this, that I’m not like a lot of our brothers and sisters in blue, who haven’t made it. I’m also sad because I counted up yesterday: only four years of my adult life have been away from [the Sheriff’s Office]. Since 1991, you have been my family…I pray for your safety every day.”

She noted that former Det. Keith Warren instilled a sense of camaraderie and family in the Investigations division and she thanked her fellow officers for their support.

The retired detective said she has no formal planned activities as she begins retirement, but aims to enjoy spending time with her family and friends and continue in her hobby of making jewelry. 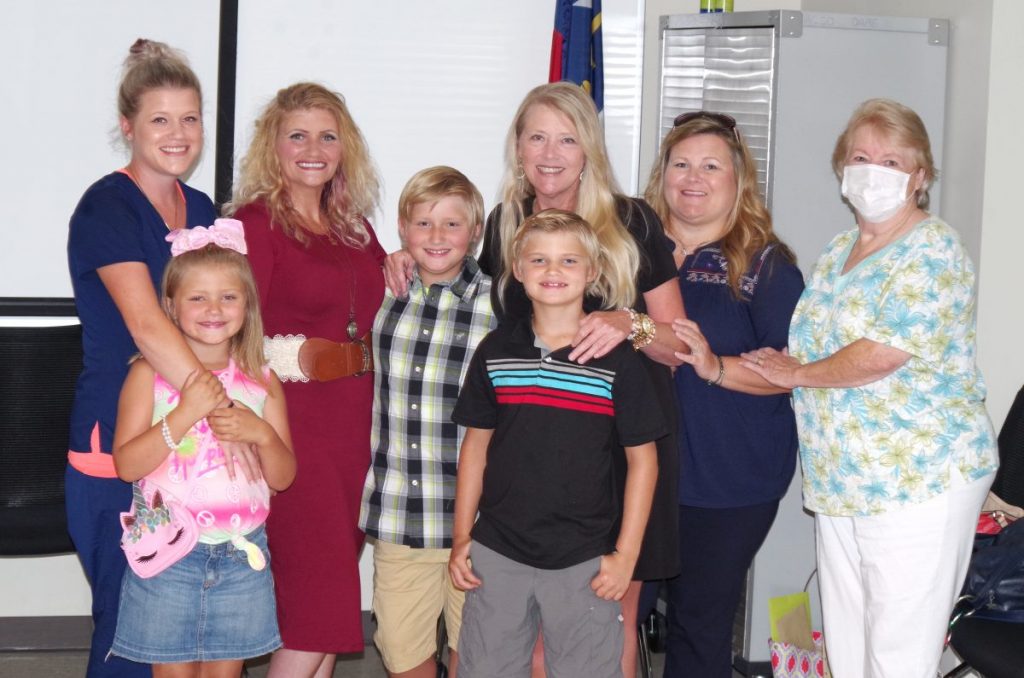 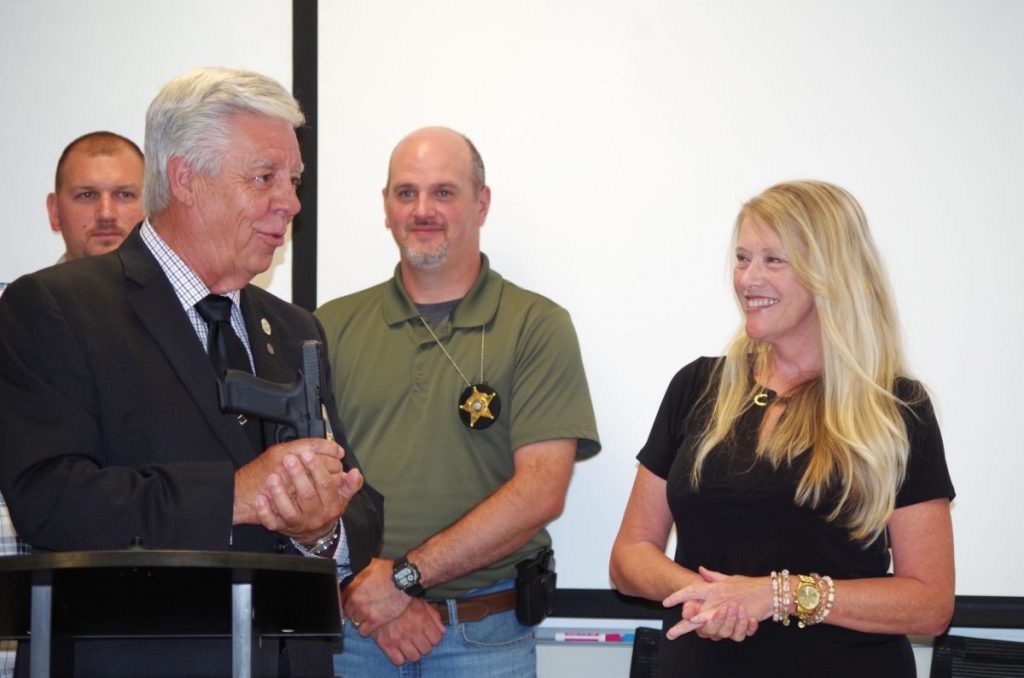