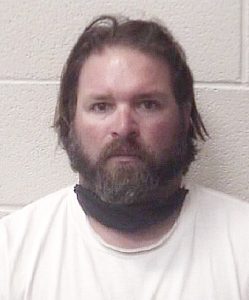 A Taylorsville man has been charged with several sex crimes against a child, according to Alexander County Sheriff Chris Bowman.

On Sunday, July 19, 2020, officers with the Alexander County Sheriff’s Office responded to a location in reference to a reported sexual assault involving a minor. Officers arrived on scene and began to conduct the investigation.

After the investigation was completed, Shawn Beau Croteau, age 41 of Taylorsville, was taken into custody.

Croteau was charged with four counts of First Degree Statutory Rape and four counts of Indecent Liberties with a Minor. His bond was set at $1,500,000.00 secured. His first court appearance is scheduled for July 20, 2020.