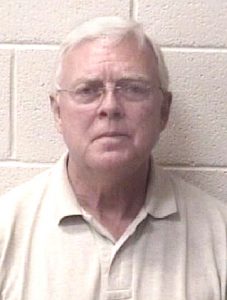 A Taylorsville man who is on the ballot this fall for the Alexander County Board of Education is now charged with sex crimes.

On the evening of July 9, 2020, officers with the Alexander County Sheriff’s Office received information regarding an indecent liberty with a child, said Sheriff Chris Bowman. After further investigation, officers arrested and charged Larry D. Holland, age 73 of Taylorsville, with two counts of Felony Indecent Liberties with a Child. He was placed in the Alexander County Detention Center under a $20,000.00 secure bond with a first court appearance scheduled for July 20th.

Holland told The Times in December, when he filed as a candidate for the Board of Education Seat 3, that he is a retired vice president of Shell Oil Company who has resided in this County 14 years.