The Alexander County Board of Elections met during a Zoom online meeting on Wednesday, July 22, 2020, to discuss and adopt a one-stop early voting plan for the November 3 General Election. The one stop early voting period runs October 15 until October 31.

The Board unanimously adopted a one-stop plan to operate early voting at three locations: Alexander Senior Center, Bethlehem Community Fire/Rescue Department, and Hiddenite Volunteer Fire Department.  All three locations will operate for 12 weekdays and two Saturdays, 8 a.m. to 7:30 p.m. Additionally, all three locations will be open on the final day of early voting, Saturday October 31, 8 a.m. until 3 p.m. This plan provides 504 cumulative hours of one-stop early voting, which is an additional 296 hours compared to the early voting plan for the 2016 General Election.  By expanding the number of hours at each location, the Board of Elections hopes to reduce the likelihood of long lines and crowds. Due to COVID-19, early voting will not be available at the Board of Elections Office. To allow for better social distancing, early voting will be moved to the Alexander Senior Center.

Significant precautions will be in place to protect voters and workers. These safeguards include: providing for social distancing at all three locations, including barriers between elections officials and voters at check-in; frequently sanitizing common surfaces, including voting booths; providing single-use pens to mark paper ballots; requiring elections officials to wear face coverings and making masks available to voters who do not bring their own. Voters are not required to wear masks while voting.

A full early voting schedule is shown below. 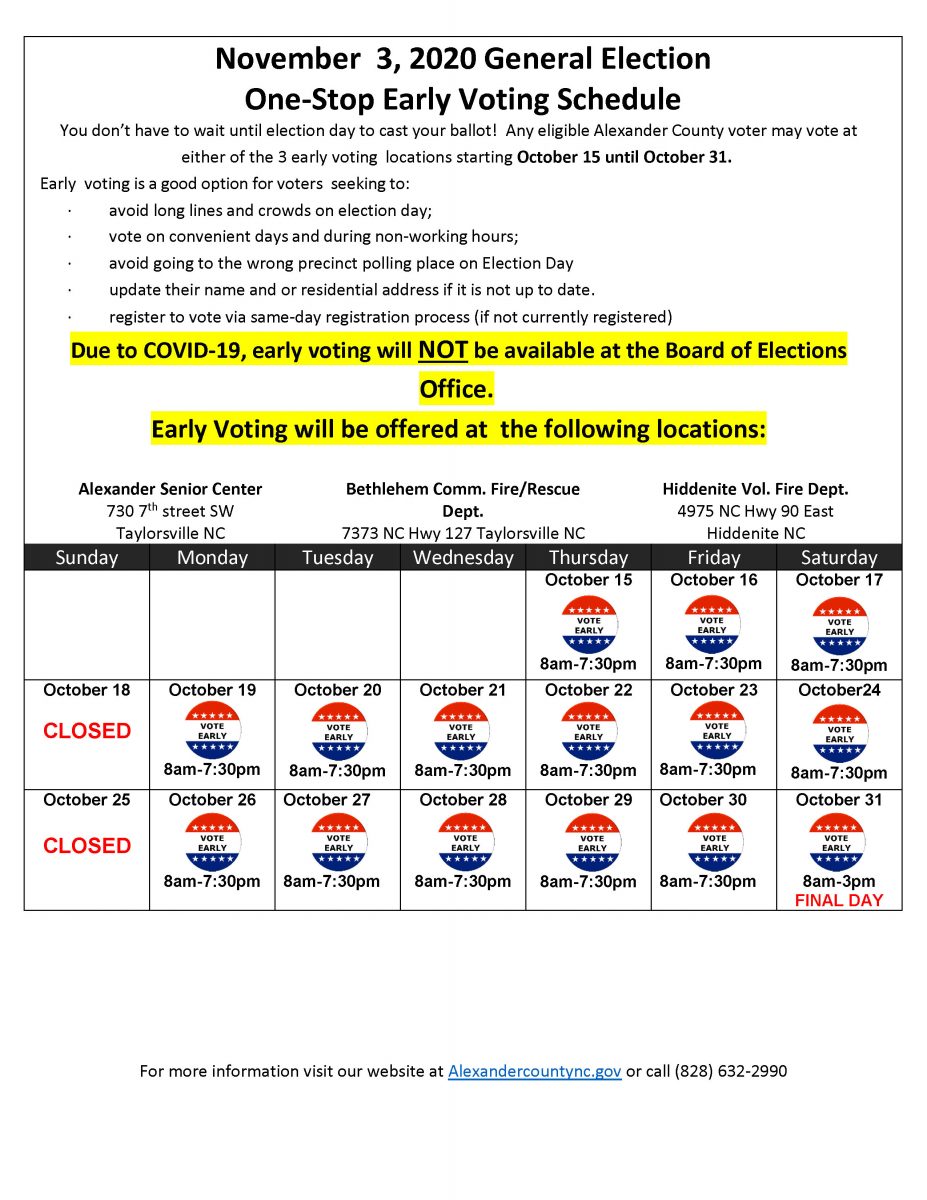