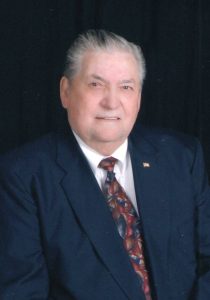 Leroy Lackey, 87, of Taylorsville, passed away on August 5, 2020 at Catawba Memorial Hospital following a long battle with cancer.

Born to the late Roby and Ina Mae Gibson Lackey, he was a US Navy veteran. He served our country during the Korean Conflict. By trade, Leroy was a truck driver. He was a member of East Taylorsville Baptist Church, enjoyed hunting, fishing, NASCAR, and was an avid Richard Petty fan. The one thing that Leroy will be remembered for is that he loved his family.

In addition to his parents, Leroy was preceded in death by four brothers, Harold, Andy, Russell and Billy Lackey; and a sister, Margaret Lundy.

A graveside service for Mr. Lackey will be held in the Taylorsville City Cemetery on Saturday, August 8, 2020 at 11:00 a.m. Rev. Jamie Steele and Rev. Josh Tucker will officiate. Military rites will be afforded by the Alexander County Honor Guard. The service will be open to the public, but due to COVID-19 regulations the family requests that masks be worn and social distancing be practiced.

The family has requested that, in lieu of flowers, donations be made to: Veterans of Foreign Wars Taylorsville Post 5466 @ 155 Earl Icenhour Ln., Taylorsville, NC 28681.