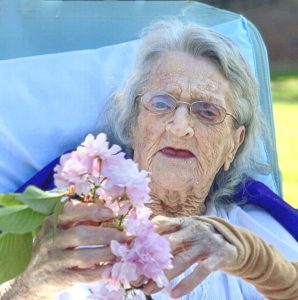 Norine was born April 26, 1921, in Alexander County, the daughter of the late Cicero Sipe and Mary Jane Fox Sipe.

She was a homemaker and was a member of St. Luke Lutheran Church. She loved to make baby quilts, gardening, and canning.

Including her parents, she was preceded in death by a son, Grayden Eugene Sipe; a great-grandchild, Natalie Murphy; two brothers; and two sisters.

A graveside service will be held at 10 a.m., Thursday, August 13, 2020 at St. Luke Lutheran Church. Pastor Andrew Weisner will officiate.

No formal visitation will be held but the body will lie-in-state from Noon until 5 p.m., Wednesday, August 12, 2020 at Adams Funeral Home.

The family would like to express a special thank you to the staff of Valley Nursing Home for the care they had given Norine.

Adams Funeral Home and Cremation Services is honored to be serving the Sipe Family.