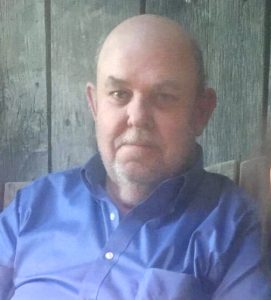 Terry was born July 26, 1955, in Wilkes County, the son of the late Charlie Monroe Billings and Clara Pauline Miller Billings.

He had retired from Lowe’s Hardware and was a member of Faith Revival Church in Hiddenite. He enjoyed music and playing the guitar, and spending time with his family.

Including his parents, he was preceded in death by his wife, Anita Reid Billings.

Those left to cherish and honor his memory include two daughters, Angel Parsons and husband Jeris of Taylorsville, and Johnci Billings Duncan and husband Christopher of Maiden; a son, Seth K. Billings of Hiddenite; grandchildren, Logan and Hailey Marley, Haven Owens, and Roman Parsons; and a sister, Kay Gant and husband Rex of Wilkesboro.

The funeral service will be held at 2 p.m., Sunday, August 16, 2020 at Faith Revival Church in Hiddenite. Burial will follow in the church cemetery.

In lieu of flowers, memorials may be made to: Adams Funeral Home, PO Box 937, Taylorsville, NC 28681 to help the family with final expenses.