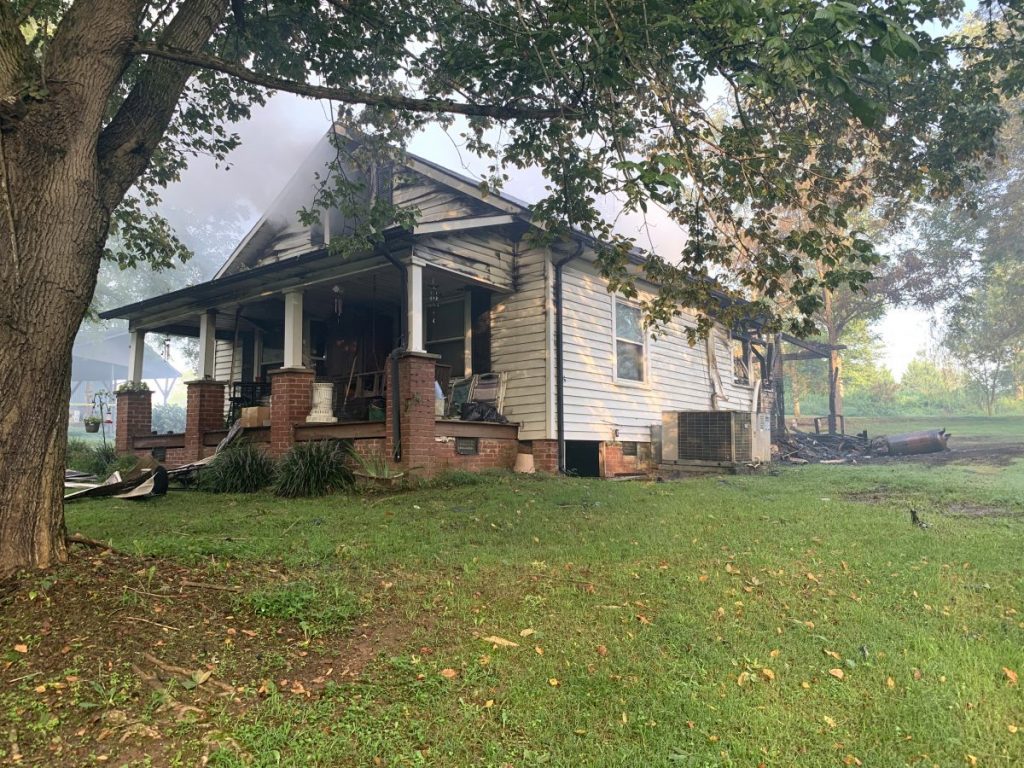 A home north of Taylorsville was heavily damaged by fire on Thursday, August 27, 2020.

At 12:15 a.m., Central Alexander-Taylorsville, Sugar Loaf, and Hiddenite Fire Departments were dispatched to a structure fire located at 1631 Jay Burke Road, Taylorsville. Fire Marshal Mark Earle said the first arriving firefighter saw the back porch area of the structure involved with fire, with flames showing through the roof. Upon arrival of fire apparatus, firefighters deployed 1 and ¾” hose line, along with a 2” hose line to extinguish the fire.

The home, owned by Estelle Deal, sustained heavy fire damage to the back porch area, causing $45,000.00 in damages, said Earle. The occupants, Martha Mast and Steven Mast, were not at home at the time of the fire. No injuries were reported.

The fire marshal stated the origin of fire was on the back porch of the structure. However, the exact cause of the fire is undetermined and still under investigation, said Earle.