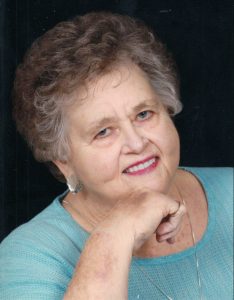 A graveside service for Jayne will be conducted at the Elder Family Cemetery on Wednesday, September 2, 2020 at 3:00 p.m. Rev. Tony Daniels will officiate. Parking for the cemetery and service will be in the Carsons Chapel United Methodist Church parking lot.

Jayne was born on September 27, 1940, in Alexander County, to the late William Curtis and Willie Blanche Burgess Elder.

Jayne was a member at White Plains Baptist Church. She enjoyed reading her Bible, singing, was well known for her gift of being able to talk to anyone, but most of all she loved her grandchildren.

Those left to celebrate and cherish the memories of Mrs. Goble include her husband of 58 years, Elbert Leroy Goble; her son, James Goble and wife Amanda; daughter, Suzanne Goble; grandchildren, Courtney and Brett Goble; two brothers, David and Richard Elder; a sister, Connie Bryant; along with a number of nieces, nephews, and special friends.