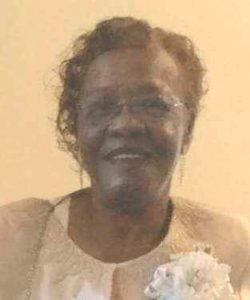 It is with great sadness that we announce the passing of our Mother, Grandmother, Great-Grandmother, Niece, Cousin and Friend, Althea Eva Little, on Wednesday, September 2, 2020. She was 69 years young.

Althea was born July 31, 1951 to the late Calvin Coolidge Little and the late Linda Marie Stokes Little Dobbins. She was the wife of the late James Lee Parsons Sr. and the late James Dobbins. ln addition to her parents, she will be met at Heaven’s gate by two brothers, Dockie and Gale Little, and a grandson, James Thomas Kelly.

Althea was a graduate of Happy Plains, Class of 1968. She had many jobs over the years, but she later became a CNA, then went on to pursue a career as an LPN from Surry Community College, Class of 2005. Althea retired from ComServ, Inc. in 2019. Althea loved spending time and talking with her family and friends, reading, cooking, playing the piano, the beach, and a good game of spades. Everyone Althea met, she loved and touched deeply.